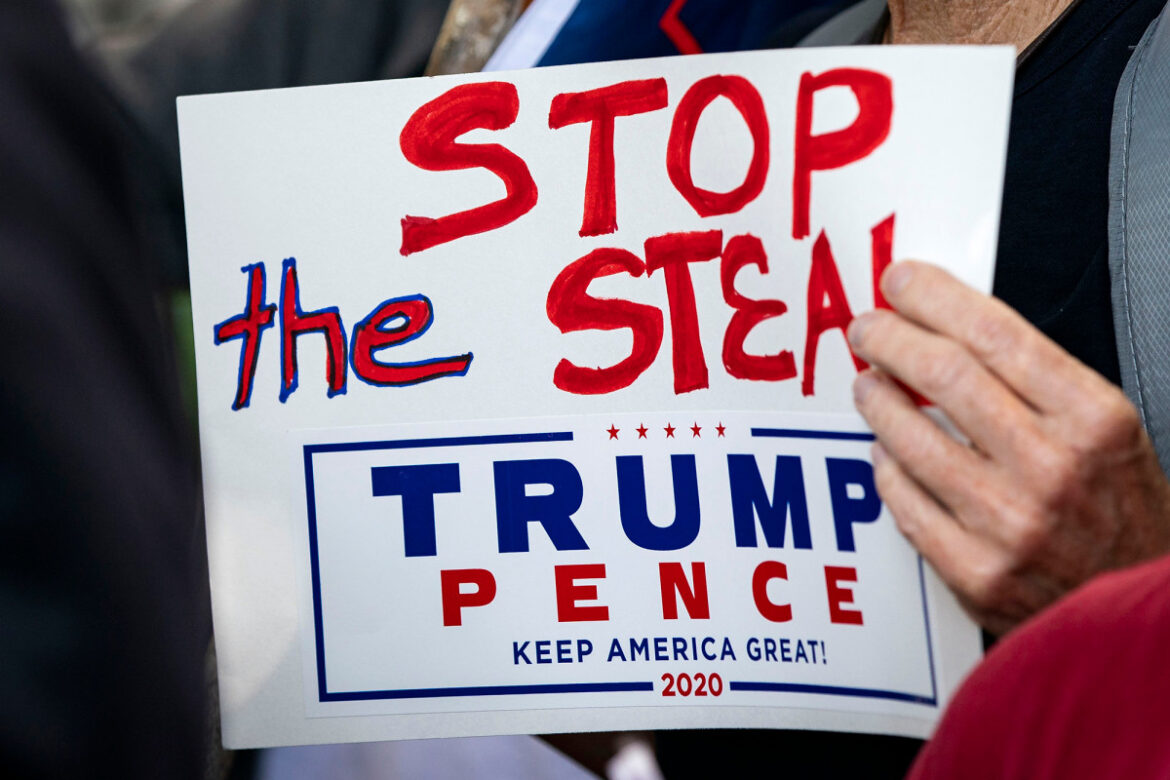 When Sidney Powell said there is “so much evidence, I feel like it’s coming in through a fire hose,” she was not being hyperbolic. Lawyers do not typically “tip their hands” or “show their cards” before filing lawsuits (as we will expand upon below), so Americans have only seen a glimpse of what is being laid on the table as evidence. This glimpse is terrifying for what it means to our country. If the Democrats get their way, we will become a Banana Republic and never have fair and safe elections again.

The following documents are from Court Listener.

It has become apparent that the Democrats can’t win without cheating.

Now they have their fake Traitor Joe pretending to be President Elect. The domestic enemies in the media and social media support treason and traitors, and suppress the truth that we are ALL well aware of. In my opinion, the domestic enemies behind the election fraud will be lucky to spend their life behind bars when their crimes are exposed and they are all punished for treason.

They talk about healing, unity and peace…as if 80,000,000 Americans are just going to roll over and allow our fair and safe elections to be completely stolen from us by Communist/Globalist domestic and foreign enemies.

We will never stand down to them.

Maybe they should have studied the French Revolution before committing treason and crimes against humanity!

The rat bastard communist traitors can take their “Great Reset;” their Covid 19 Green New Deal lockdowns; their Rothschild Central Banking war criminals; their monarchs, oligarchs and technocrats; and their evil, Molech worshipping, NWO Dystopian nightmare where the sun don’t shine. All Patriots know where that is! And we know that the traitors of our Republic have made that bed and will lie in it. Sooner or later. We. Will. Win.

Watch this very important video by human rights lawyer, Leigh Dundas, who says that all the lawyers working on the election fraud cases have “tipped their hand” and shown the American people WAY more than what lawyers would typically do in this situation:

“As a baseline, it is important for America to understand; it is highly unusual for lawyers to tip their hands before they file a lawsuit. Like that just really rarely happens at all. I have seen more telegraphing and tipping of hands and showing of cards by Sidney Powell, and the other lawyers working in similar lines in the last 2 weeks than I have probably ever seen, cumulatively, in 27 years of litigating, prior to this month. Lawyers just don’t tip their hands. the fact that the American public has gotten to see even one side of one piece of this multidimensional Rubik’s Cube is, I think, an upshot of the fact that she knows we are fighting a war.” Leigh Dundus

She says a LOT more. Have a listen: