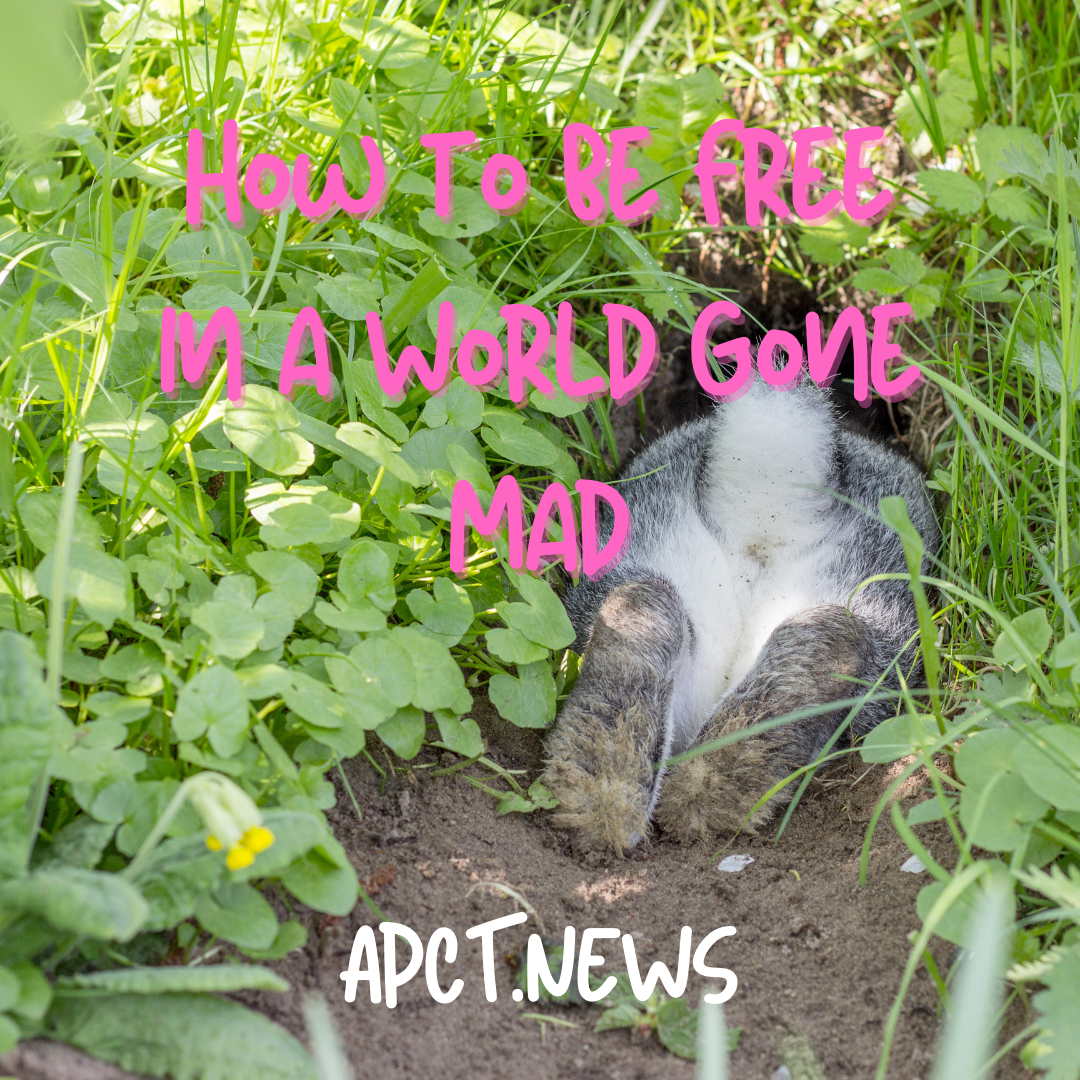 He had a great point.. But let’s not forget; there are also those who have 98% control of what people see; those who control what is shown as they remove all they don’t want shown; and those who invest billions to make sure kids grow up to believe whatever they’re told, and dare not look beyond the approved teachers, leaders and experts to form their own opinions.

Very few can resist the social engineers’ voodoo, black magic, high tech psychological warfare, and mesmerization via their never ending propaganda. We are all exposed to it every day of our lives, as were our parents and great grandparents.

All this talk about stopping the New World Order and the Great Reset is poppycock, really. We have already lived under several World Orders created by the powers that be (PTB), each one “new” compared to the former, yet ALL controlled by the same tyrannical forces that parasitically feed off of the very masses they trick and dominate. It honestly sounds like the predator/prey relationship dynamic to me. Why does anyone trust the PTB?

So How Can We Be Free in a World Gone Mad?

My favorite way to be free in a world gone mad is to jump into scary rabbit holes! Unless you have learned everything there is to learn, you will find there are plenty of rabbit holes waiting for you to fall in. And they seem to appear spontaneously when you start seeking information about things you aren’t supposed to look at…or things you don’t believe in (probably because you have been told “it’s a lie,” “it’s debunked” or “it’s fake news” by your leaders and experts).

When it comes to rabbit holes, the ONLY way to jump into one is by asking questions you aren’t supposed to ask, and by looking for answers in places you aren’t supposed to look. In other words, when you start asking forbidden questions, rabbit holes have a way of appearing in your path. It’s amazing and my favorite pastime, but take it from me, it can be intense and scary (even after falling into hundreds). My advice is: Just jump in! It is always better to know than not know, and ignorance breeds fear, hate and oppression.

“Emancipate yourself from mental slavery. None but ourselves can free our mind!” Bob Marley

Challenging your own views and beliefs is not always fun, easy, comfortable or pleasant. The learning process can be terrifying as well as time consuming. However, if you aren’t capable of doing the work to gain knowledge, then you will be ignorant and your opinions will be based on half truths and insufficient data. Open your mind and investigate all angles of whatever subject you are learning about. Or, if this is too hard, just stick with cute kitty and bunny videos, and keep taking pictures of your food (all definitely needed and appreciated :)). But don’t be in denial of your ignorance, should you choose the easy route of regurgitating the sterile and approved opinions of your experts and leaders. Don’t be that person. Don’t be an establishment bitch.

When the powers that be, the mesmerizers, forbid you to look at something because it goes against their own agenda and narrative, look anyway! In fact, whatever they don’t want you to see is exactly what you need to see in order to form your own opinion, you know, like the adult you are supposed to be. So look deep and hard, and seek understanding, not judgment. Put whatever you discover through the wringer of logic and truth, and don’t believe anything that fails the test.

Remember: there are no contradictions in nature, so where there are contradictions, there are probably lies and untruths. That said, spotting the contradictions is what leads to huge epiphanies, so look deeply into them for they hold the keys. Don’t fear forbidden knowledge; decipher it, use your intellect and intuition and discernment, and only keep what rings true and passes the test.

I use the Trivium in my learning process, paying special attention to identifying contradictions in the Logic phase. I highly recommend this method. It is used in Classical Education, and this model focuses on teaching kids how to think, not just what to think. Modern “education” teaches kids to believe what they are told by experts and never question anything or research anything the approved experts claim is incorrect. This is what indoctrination is; learning how to think and process information for yourself is fundamental to being a fully developed and educated human being.

The Dark Age Church didn’t allow the commoners (they demanded tithes from) to to read the bible, or read anything at all for that matter. Lowly commoners weren’t deemed “qualified” by the priests and rulers to comprehend what they might read. That oppressive, tyrannical system has morphed into a new order – a closed system of approved “experts” in media, government, science, education, finance, tech, and corporate leaders etc.. telling all us commoners YET AGAIN what we can and cannot read, learn, teach, know or speak for ourselves. We little Hobbits on the bottom of the power pyramid are STILL deemed “unqualified” to decide for ourselves what to believe, learn and say. We are second class citizens, and treated like hapless children by the PTB.

Unfortunately, most commoners still agree and choose to follow whatever tyrants are in charge, and will attack or at least judge anyone who asks forbidden questions, or has an opinion outside the tyrant’s box, or refuses to obey the experts and leaders who illegitimately have power over everyone (they have no right to such power). Pathetically, many people love being establishment bitches and willing bullies for the PTB. It gives them a sense of power over others.

Those who don’t seek power over others are disgusted by the power hungry.

One last thing to remember: The ones pulling the strings of all the approved-of leaders and “experts” on the world stage are the kings at the top of the power pyramid who created the entire system and control it at every level. The kings have never changed their MO since the beginning of time. They rule by fear and hate, and divide and conquer- and they don’t serve anything or anyone but themselves.

Do you really want to be free in a world gone mad? If the answer is yes, then start rabbit hole diving…against the wishes of the kings and their minions, whose rings of power only work as long as you believe in them. Stop believing in them, and start THINKING for yourself.