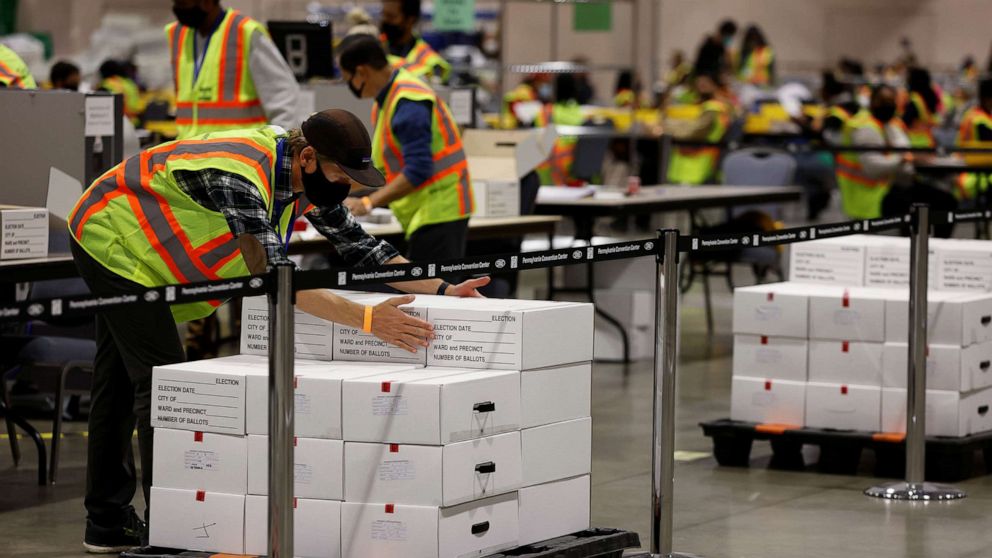 “The Court concludes that Respondent Kathy Boockvar, in her official capacity as Secretary of the Commonwealth, lacked statutory authority to issue the November 1, 2020, guidance to Respondents County Boards of Elections insofar as that guidance purported to change the deadline … for certain electors to verify proof of identification,” Judge Mary Hannah Leavitt wrote in her order (pdf) on Thursday afternoon.

Boockvar, a Democrat, submitted guidance saying proof of identification could be provided to vote up until Nov. 12. State law stipulates that voters have until Nov. 9 to deal with problems regarding a lack of proof of identification. Boockvar, the top election official in the state, issued the guidance after the Pennsylvania Supreme Court ruled mail-in ballots could be accepted three days following Nov. 3.

Boockvar issued the new guidance on Nov. 1, two days before Election Day. Trump’s lawyers had argued that the secretary had no power to unilaterally change the date.

The court had previously ordered that ballots from voters who provided identification between Nov. 10 and Nov. 12 have to be segregated until a new ruling is issued about what should be done with them.

“Accordingly, the court hereby orders that Respondents County Boards of Elections are enjoined from counting any ballots that have been segregated pursuant to … this court’s order,” the judge added, meaning that those ballots now shouldn’t be counted. It’s not clear how many ballots are at stake.

Last week on Nov. 5, the Commonwealth Court of Pennsylvania ruled in favor of the Trump campaign after they argued Boockvar broke the Help America Vote Act (HAVA) when she unilaterally extended the deadline for absentee and mail-in voters to provide any missing proof of identification between Nov. 9 to Nov. 12.

Leavitt’s decision could be appealed to the Pennsylvania Supreme Court.

Earlier this week, Boockvar said that around 10,000 mail-in ballots were received during the contested three-day grace period between when polls closed on Election Day and 5 p.m. the following Friday. Boockvar also said that Pennsylvania’s election officials received 94,000 provisional ballots, and that around 49,000 mail ballots that arrived before polls closed on Election Day remain to be tallied, according to Pennlive.

Trump’s campaign and Republicans are now awaiting a U.S. Supreme Court decision about whether the Pennsylvania Supreme Court acted legally in granting a three-day extension for accepting mail-in ballots. Several Republican attorneys general from other states have issued amicus briefs and joined the lawsuit against Pennsylvania’s top court.

Meanwhile, there are other outstanding legal challenges in Pennsylvania, including one where they are slated to have a hearing on thousands of ballots that were allegedly improperly counted. Support an independent outlet at a time when it’s hard to find factual news.