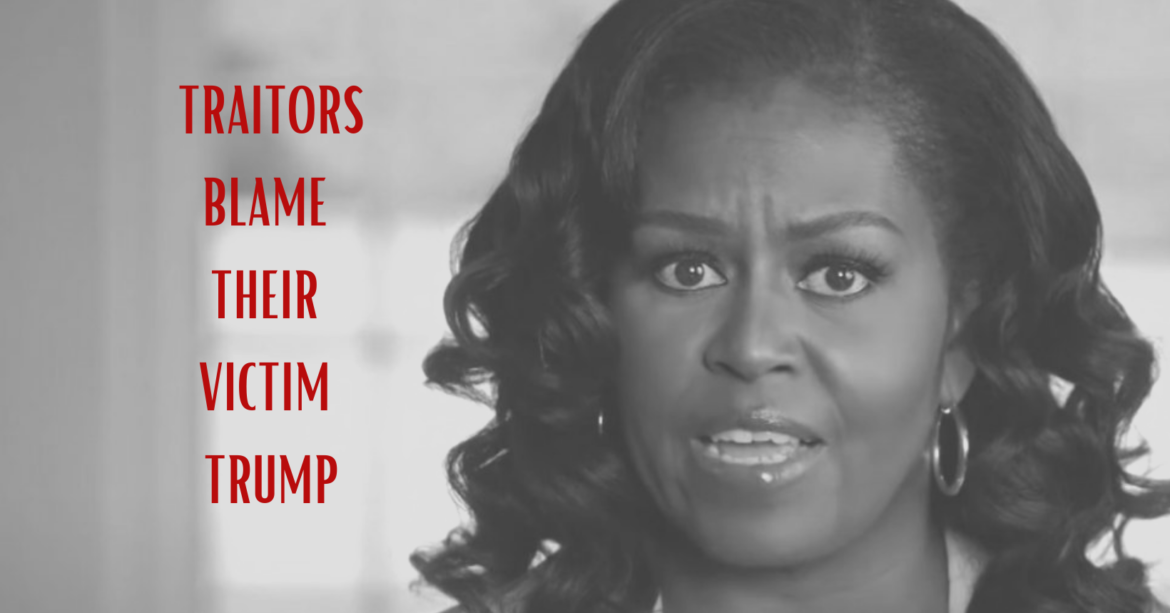 Michelle Obama: “We simply cannot trust this president to tell us the truth about anything.”

Christina Bobb from OAN has the perfect response to Michelle Obama’s nonsense: “We can’t trust “this” president to tell us the truth about anything? What about the last president? Did your husband illegally spy on his political opponents? Did he put Joe Biden in charge of Ukraine to facilitate money laundering and bribes? Did he order the illegal investigation into General Flynn? Did he use the power of the United States to try to jail his political opponents? Like what they do in third world Communist countries? Did he try to frame the incoming President Trump for doing exactly what he himself did? Did he direct the FBI to illegally wire tap the Trump campaign? Yeah, he did that. And you expect us to trust you over President Trump?”

Great report from Christina Bobb! Let us know what you think!