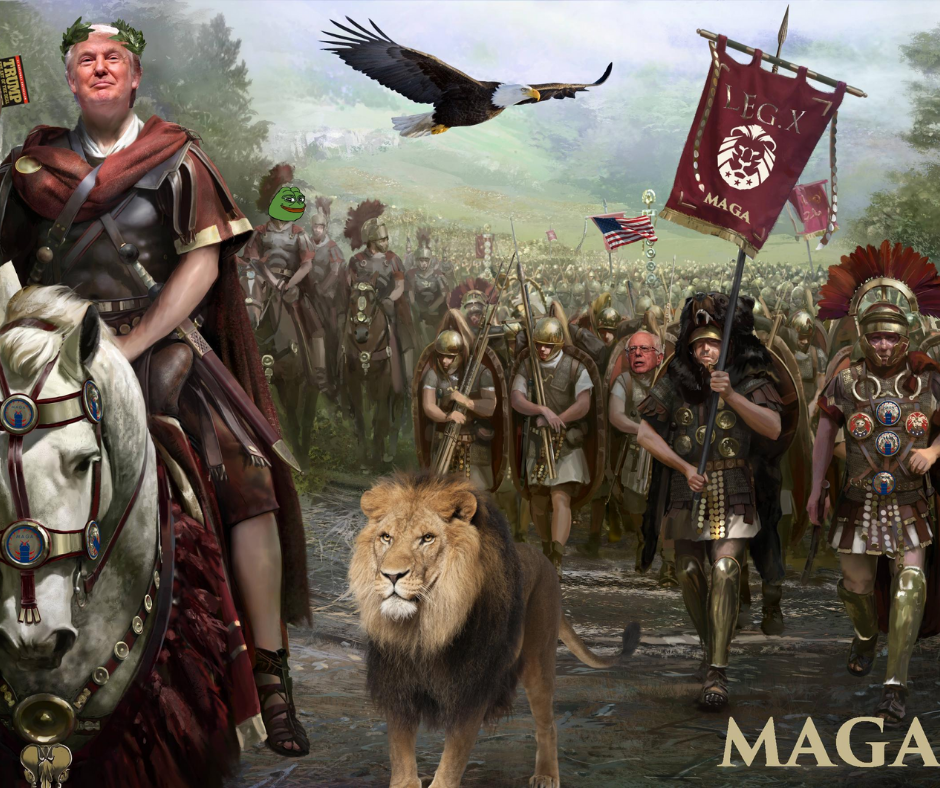 Facebook banned the God Emperor Trump page only 10 days before the November election.

From Tom Pappert at National File

This morning Facebook banned National File editor-in-chief Tom Pappert’s irreverent pro-Trump meme page, God Emperor Trump, for the 7th time since he launched it in 2015, claiming that Pappert made the nearly five-year-old page to evade a recent Facebook ban.

On Twitter, Pappert wrote “Today Facebook banned my pro-Trump meme page, God Emperor Trump, for the 7th time in five years. I broke no rules. I ran no other page that got banned. They just banned my page that reaches millions 10 days before the election based on a totally bogus excuse.”

Facebook has previously banned and reinstated the God Emperor Trump Page six times, with the previous ban being covered inBreitbart. As Breitbart reported:

“God Emperor Trump,” a popular pro-Trump Facebook page, has been removed from Facebook for the sixth time on the same day that the Silicon Valley Masters of the Universe denied to Congress that it routinely censoring conservatives.

“No posts were removed from the page, none of the page’s staff were banned from the platform, and nobody was given the customary ‘Session Expired’ notification users receive when they go against one of Facebook’s Community Standards. Instead, our team was given a notification that God Emperor Trump was unpublished with no explanation,” declared the page in a statement. “This is the sixth time our page has been purged by Facebook in some form.”