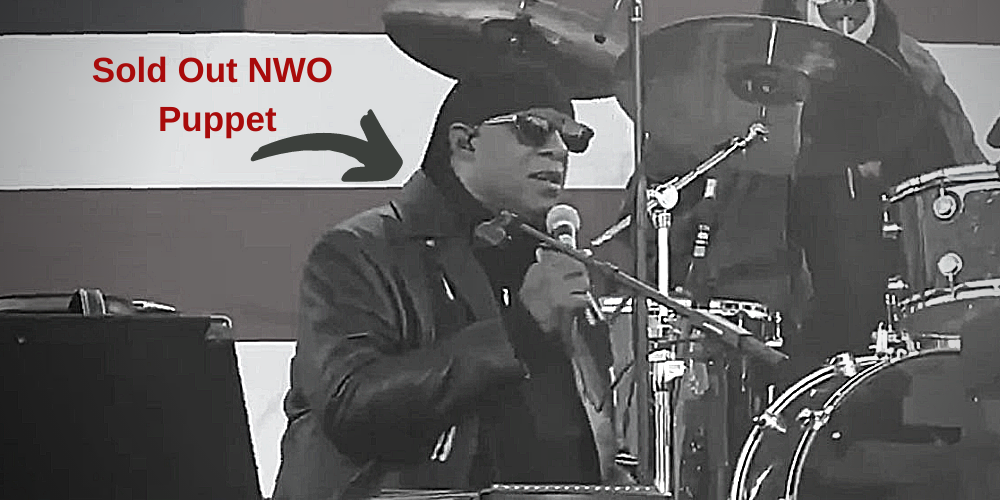 Black musician Stevie Wonder announced during a Joe Biden campaign rally in Detriot, Michigan this Sunday that “Joe Biden will do it. Give us reparations, for the work that we’ve all done for the last four hundred years, unpaid.”

Wonder mocked President Donald Trump for his decision to designate Juneteenth as a national holiday, a measure that has failed to lessen the deep resentment harbored by groups such as Black Lives Matter and Antifa towards the Trump administration.

The 70-year-old musician, who has an estimated net worth of $110 million, said Biden would do something much better for Black Lives Matter than make Juneteenth a holiday.

“Okay, I’ll tell you what you can do much better than that, and Joe Biden will do it: give us reparations,” Wonder declared, to shrieks of applause and a salute of dozens of car horns, as the musicians onstage with them slammed on the drum set and bass guitar.

Wonder said the reparations would be for the “work that we’ve all done over the past four hundred years, unpaid.” The singer did not specify what work he was referring to.

“I know Joe Biden will do it. Give us reparations!” Stevie Wonder calls for reparations at today’s Biden rally in Detroit #Biden2020 #Obama #Detroit pic.twitter.com/DKoIiqshNv

In August, a black economist estimated that the total cost for punitive reparations would be in the $10-12 trillion range, or roughly half of the U.S. national debt:

A Duke University economist has put a $12 trillion price tag on what he believes to be just reparations for slavery. The economist proposes the hefty sum be disbursed to the descendants of those affected by American slavery.

Duke University economist William Darity Jr. and his wife Kirsten Mullen came to the massive total in a report for the Roosevelt Institute titled, Resurrecting The Promise of 40 Acres: The Imperative of Reparations for Black Americans.

Within the plan, Darity calls for $10 to $12 trillion dollars to be distributed among black households. This would roughly equate to $800,000 per capita.

Despite the enormous sum demanded, other analysts believe the sum owed to the black community to be higher than $12 trillion.

Though the Biden campaign has not yet publicly unveiled a national reparations plan, Biden voters seem convinced that the much-awaited cash payouts based on race will be a key goal for the administration.