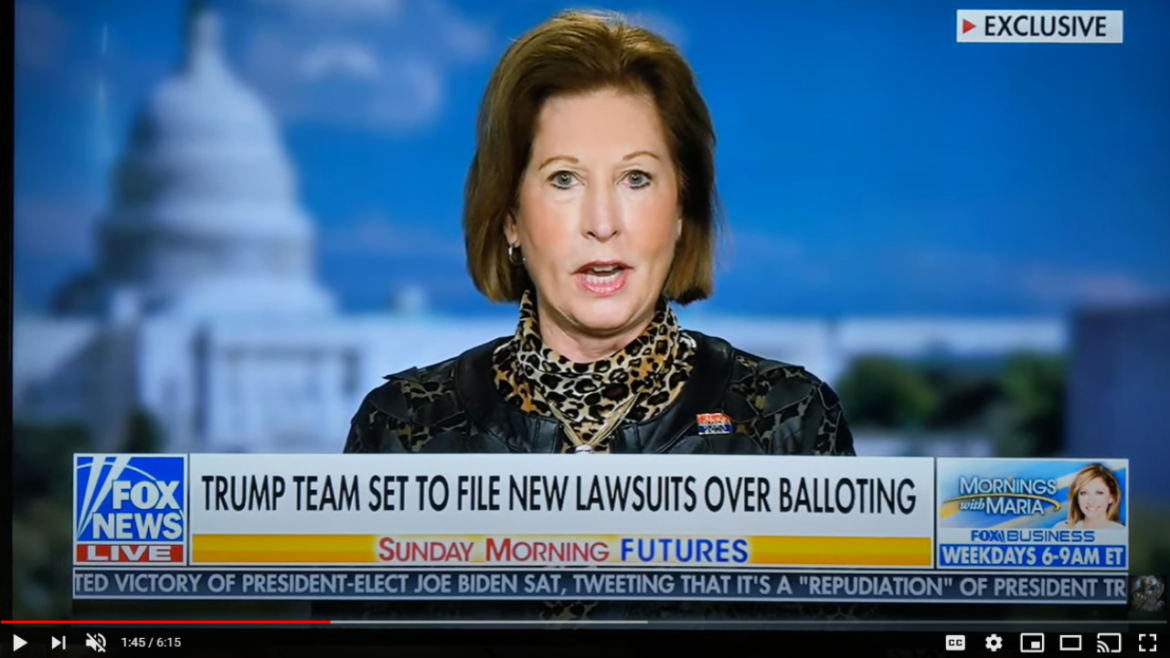 Attorney Sidney Powell claims her investigative team has identified 450,000 ballots in battleground states that cast a vote only for Biden, with no other candidates voted down the ticket.

Speaking to Fox News host Maria Bartiromo on “Sunday Morning Futures”, Powell explained what these ballots are and what they mean for the election.

“We’ve identified at least 450,000 ballots in the key states that miraculously only have a mark for Joe Biden on them and no other candidate,” Powell said.

Powell also said the Department of Justice should investigate the so-called computer “glitches” that flipped Trump votes to Biden.

“The computer glitches could not and should not have happened at all,” Powell said. “That’s where the fraud took place, where they were flipping votes in the computer system or adding votes that did not exist.

“We need an audit of all the computer systems that played any role in this fraud whatsoever.”

Powell reminded viewers that Biden himself let slip just days before the election that Democrats had amassed the most sophisticated “voter fraud organization” in history.

“Joe Biden had it right. He said that he had the biggest voter fraud organization ever, and he didn’t need people’s votes now, he would need people later,” she said.

“They had this all planned, Maria, they had the algorithms, they had the paper ballots waiting to be inserted if and when needed, and notably President Trump’s vote in the blue states went up enormously. That’s when they had to stop the vote count and go in and replace votes for Biden and take away Trump votes,” Powell added.

Trump has sued the states of Michigan, Pennsylvania, and Georgia over voting irregularities and better access for poll watchers, and Georgia has announced a recount will take place.