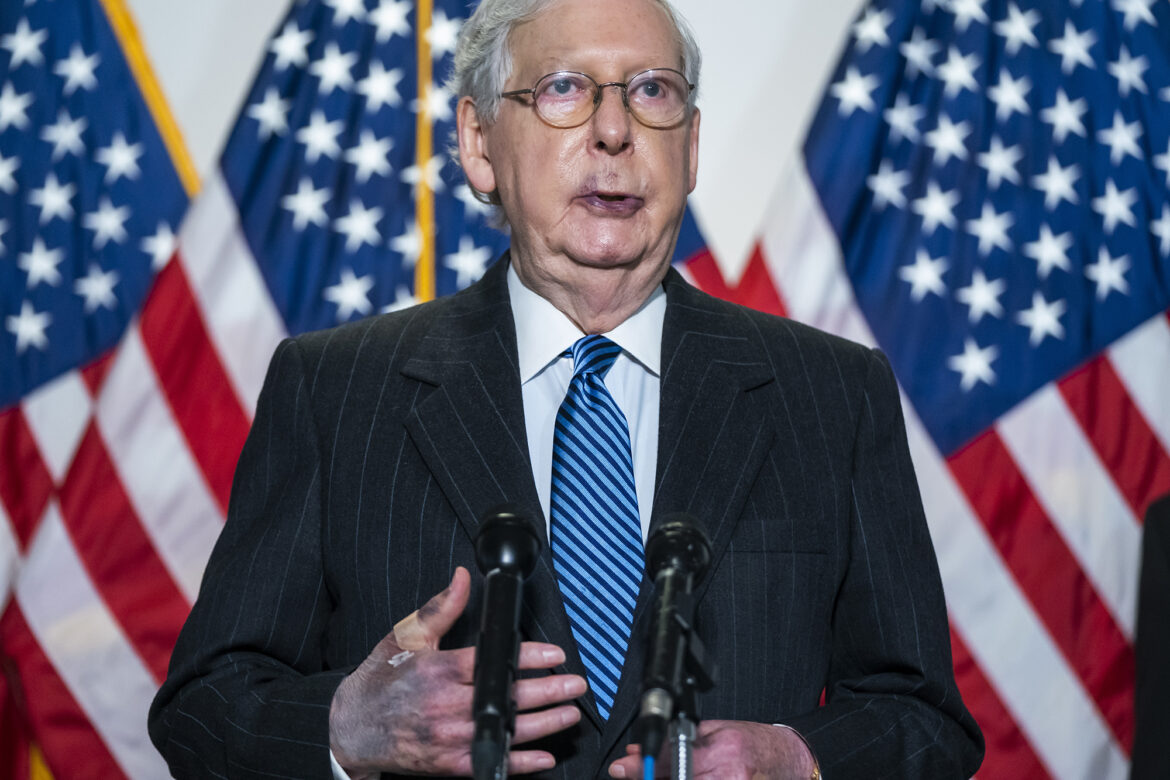 (Natural News) The Senate Majority Leader, Mitch McConnell (R-KY), is urging Senate Republicans to accept the Biden electors without objection when they are presented to Congress on January 6. On that day, one member of the House and one member of the Senate may object in writing to the electors presented. This year, there are numerous reasons for every single member to object, but they are being pressured to accept the fraud, no matter what.

McConnell wants Republicans to blindly go along with the process, even though the votes were illegally certified by states in the face of mounting, coordinated election fraud. The 2020 election was attacked like never before and now it is being contested in front of the state legislatures. Hopefully, these testimonies and hard evidence will be heard before the Supreme Court, including the cases where power-drunk Democrats circumvented the state legislatures and changed election rules and where the Democrats illegally blocked Republican poll watchers.

Is America still a Constitutional Republic or a communist dictatorship, void of the rule of law?

If America is truly a Constitutional Republic, as established by the founders, then the 2020 election requires that the rule of law be applied to every incidence of coordinated election fraud. There is more than enough evidence to withdraw the Biden electors, and the courts and the Congress should already be debating the merits of each contested state. If the courts continue to dismiss election fraud on procedural grounds, and refuse to rule on the merits of each case, then it is the patriotic duty of every member of Congress to contest the electorate where it was proven to be fraudulent. But Americans have no reason to put their faith in Congress, for many are bought off by the very people who helped steal the election.

A closer examination of Mitch McConnell finds he took donations from lobbyists who work for Dominion Voting Systems. Dominion lobbyists, David Cohen and Brian Wild both donated to the McConnell campaign funds in March of 2020. McConnell also received thousands of dollars from Emily Kirlin and Jen Olson, lobbyists for ES&S, another voting system company. Both Dominion and ES&S represent about 80 percent of all voting machines in the country. Both systems rely on a software developed by Microsoft called “Election Guard.”

Dominion machines have undergone forensic audits and have proven to be in violation of federal election laws, allowing for wide scale adjudication of votes. The machines have systematically rejected an astronomical percentage of ballots, allowing Democrat officials to switch Trump votes to Biden. This is why Biden over-performed on Dominion Voting machines, compared to all the others systems because Dominion was programmed to permit fraud. Mitch McConnell doesn’t want a debate about Dominion’s fraud in Congress because the lobbyists for Dominion paid him off. (Related: McConnell has family ties to Bank of China, top Chinese shipping firm.)

McConnell, paid off by Dominion, suppressed election integrity efforts throughout 2020

McConnell also helped suppress election integrity efforts earlier in 2020. In July, McConnell blocked two bills that would “bolster election security.” One of the bills would have required a physical paper trail of every single ballot cast in the country. The forensic audit of Dominion Voting Systems found that the security and log files were missing for the 2020 election — the trail of fraud concealed, erased. Every ballot that was adjudicated and potentially switched by Democrats could not be adequately traced. McConnell blocked the bill that would have required a physical trail, revealing his true intentions with the 2020 election.

He also opposed an election integrity bill that would mandate political candidates, their staff members, and their families to notify the FBI if any foreign government offered to assist them. Chris Krebs, the Dominion hack who oversaw cybersecurity and infrastructure security during the 2020 election, claimed there was no election fraud, that this was the safest election in the history of the US. This is laughable conjecture, because McConnell made sure there was no mandate on anyone to report election fraud to law enforcement as it was happening in real time. Instead, America is learning about election fraud through the brave actions of Americans who are risking their lives to report the fraud in front of the state legislatures!

In order to save the country from cyber-warfare, bribery and sedition, President Trump must invoke the Insurrection Act and demand that Congress and the courts uphold the rule of law.

Add on from APCT: