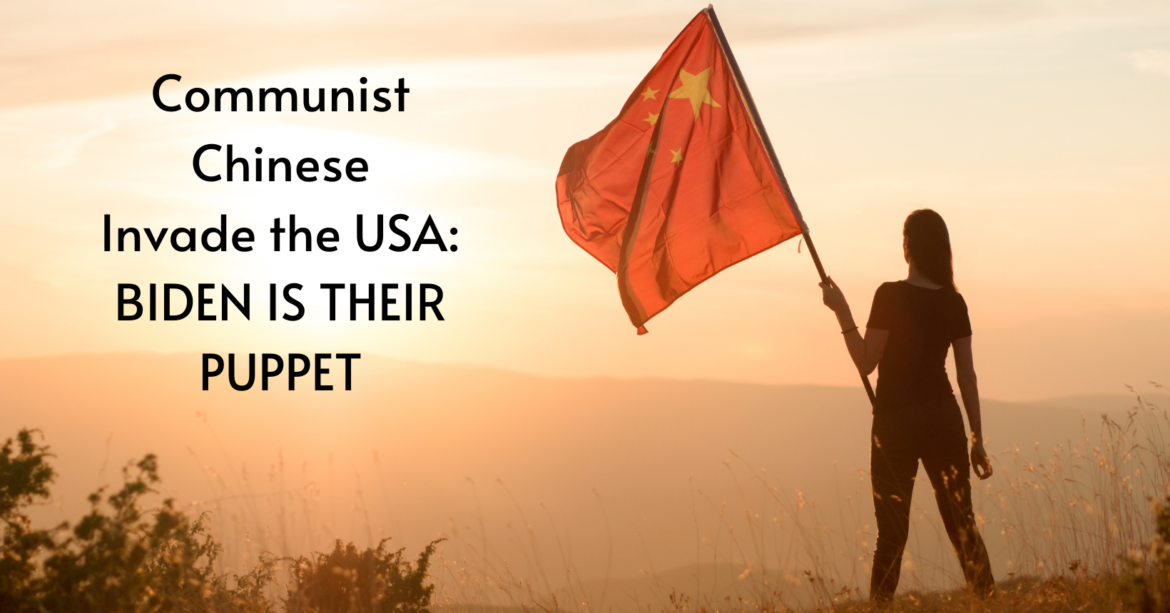 Talk about October Surprises! Wow! So many things hitting the 2020 pre-election news cycle, and the real tsunami is still far off shore.

I spent my morning watching a documentary that was sent to me this morning, about Biden’s China ties called, RIDING THE DRAGON: The Bidens’ Chinese Secrets (Full Documentary posted below). It is very well done. Please watch it, and let me know what you think in the comments!

“They expose Biden as a traitor and something akin to a mafia godfather using his crime family to enrich himself.” It’s worse than that! Hunter Biden is apparently on tape raping and physically torturing underage Chinese girls while the Chinese were filming him in the act. Then the Chinese paid Hunter off and Joe took his cut. The Chinese are running an Epstein-like blackmail operation in the attempt to control American politics. Not only does this make Joe Biden the biggest national security threat our nation has ever seen; it makes him one of the most depraved individuals we have ever seen running for President.”

I was glad to see that Director of National Intelligence, John Ratcliffe, said there is no evidence tying the case of the Hunter Biden laptop to Russian disinformation. Will the insurrectionists in the press accuse him of being a Russian asset? Or will the puppets in media be forced to admit the truth to the masses? They are up to their ears in lies, and are looking pretty ridiculous to all of us who know the truth. Not ridiculous exactly. They are Soviet level in the propaganda efforts.

And what about Twitter, who is still refusing to unlock NY Post’s Twitter account until they agree to delete all of the Hunter Biden coverage? The story has been verified by several reputable sources besides Ratcliffe, to not be disinformation. Will Twitter and the MSM continue their claim that this credible story is Russian disinfo?

As if the NY Post’s shocking expose of the Biden Crime Family wasn’t bad enough, now there are Chinese whistleblowers making (so far unproven) claims that Hunter Biden raped and tortured kids, and new emails from an associate of Hunter, who flipped in prison and now claims there was a massive China influence-peddling effort by the Bidens.

Tucker sums it all up perfectly.

Biden has always had a cozy relationship with China, and he laid the groundwork for their rise in global crony business in 2011. For this, China is very fond of Sleepy Joe.

“Honorable Vice President Biden, let me again warmly welcome you to China, my old friend,” President Xi said during Biden’s 2013 visit to China. “You have long been committed to the growth of China-U.S. relations, and I commend you for the large amount of work you have taken.”

Besides interfering in our government via dirty politicians, of which Biden is only one among most of his party, Communist China has also Compromised Every Major Mainstream Media Entity, and have gutted American Culture and Movies. Hollywood has sacrificed creativity and art to political correctness, thanks to its acquiescence to China, to become nothing but another form of propaganda and thought control. Hollywood Is Dying, And The Elites Don’t Care.. Hollywood, like the mainstream media, is an arm of the Communist Left.

It has become clear that America is under attack by foreign and domestic enemies, all of whom have deep ties with Communist China. It is terrifying to think Beijing Biden, who is one of the most compromised and corrupted politicians in Washington, along with his cabal of ruthless, corrupted domestic enemies (pretending to be democrats), could gain full control of our government.

I believe we are in serious trouble, regardless of who wins in 2 weeks. Too many foreign and domestic enemies are intent on destroying our country, and have already made great strides in doing so. But if, God forbid, Trump loses to the Communist Chinese (who back the Democrats, BLM and ANTIFA), our country will be in their hands for a long time to come.