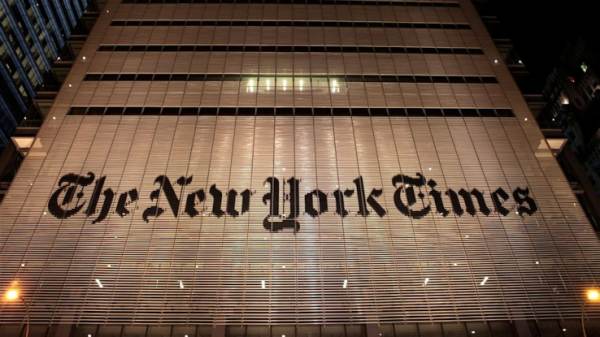 Thank you, New York Times, for your best piece of real news in years!

On Tuesday we published our report on the widespread election night theft of votes from President Donald Trump to Joe Biden.

We obtained an unaudited analysis of data available for all the states looking for system glitches and other oddities in vote counts related to the Presidential race only.

We were led to a site on the Internet thedonald.win where someone who had seen our posts decided to run analysis himself.

The author obtained data that has been passed around that was reportedly captured by the New York Times on election night.

By examining the data the author was able to locate an instance where votes were switched from Trump to Biden so he decided to perform an analysis on the entire data set, starting with the states where Dominion voting machines are used.

The author also claims that the data is from Edison Research and it is the same data that is used for election coverage by at least ABC News, CBS News, CNN and NBC News.

It is also used for the website of the NYT, and probably others as well.

Based on this initial analysis from The New York Times over 500,000 votes were identified that were switched from President Trump to Joe Biden.

In addition to this hundreds of thousands of Trump votes were also deleted.

We now know there was tremendous fraud in the 2020 election.

Joe Biden had zero support, and yet his vote count surpassed the greatest campaign in US history led by President Donald Trump.

We are supposed to believe Joe Biden defeated President Trump and at the same time the Democrats lost seats in the US House, a governorship, and state legislatures?  This is highly improbable.

And thanks to The New York Times — we now have information that will take down Democrats and Joe Biden!