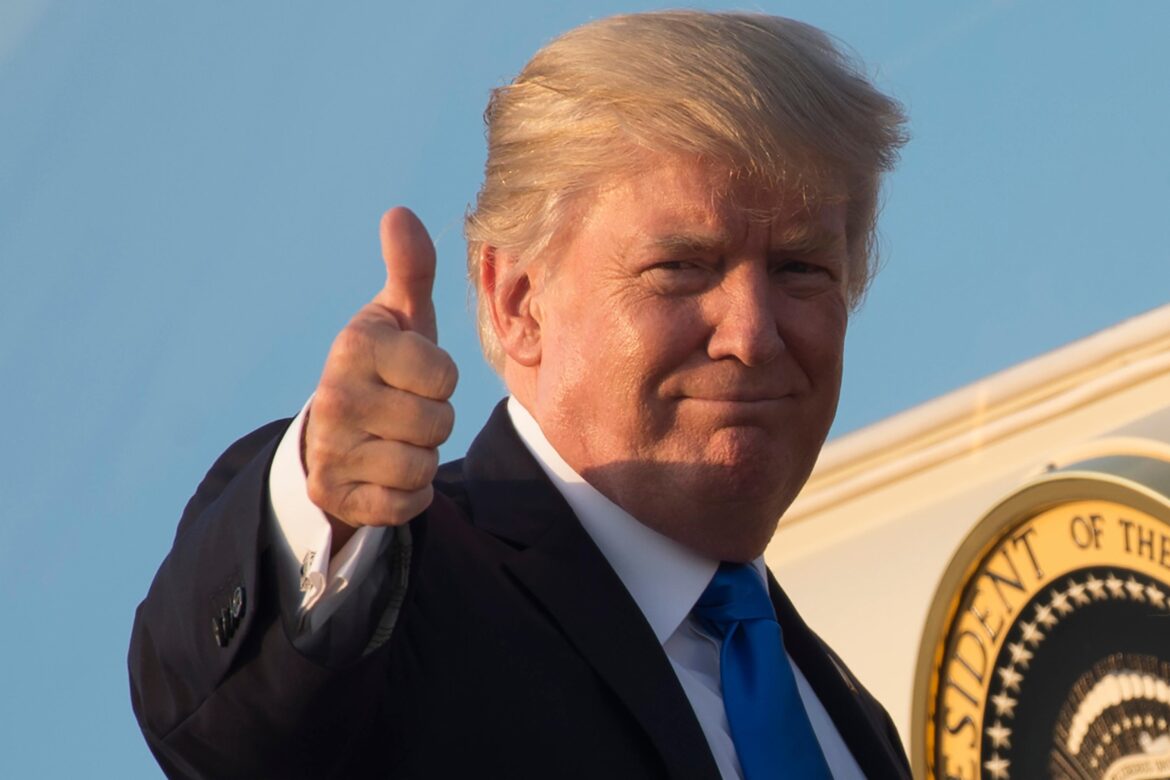 WASHINGTON—President Donald Trump on Nov. 12 issued an executive order to stop investments in Chinese companies that are tied to China’s military, citing threats to the national security, foreign policy, and economy of the United States.

The order came in response to rising concerns over pension and retirement fund flows into foreign companies that support China’s totalitarian regime. It targets China’s military companies, including those designated by the Pentagon in June and August of 2020.

Beijing “is increasingly exploiting United States capital to resource and to enable the development and modernization of its military, intelligence, and other security apparatuses,” the order states.

“At the same time, those companies raise capital by selling securities to United States investors that trade on public exchanges both here and abroad,” the order reads.

The Department of Defense this year designated 31 Chinese firms as Chinese military companies operating directly or indirectly in the United States, including those owned or controlled by the PLA.

Many of these companies are publicly traded on stock exchanges around the world, and millions of U.S. investors, through their pension funds, are unwittingly transferring wealth from the United States to these entities.

The Pentagon’s list includes companies such as Aviation Industry Corp. of China, Huawei, and Hangzhou Hikvision.

Two of the companies on the list, China National Chemical Corp. (ChemChina) and China Three Gorges Corp. (CTG), for example, had raised a combined $3.4 billion in U.S. dollar-denominated bond offerings in September, according to a report by RWR Advisory, a Washington-based research and risk consultancy.

The report states that major U.S. banks Goldman Sachs and Bank of America were involved in ChemChina’s bond offering. JPMorgan Chase and Morgan Stanley were among the underwriters of CTG’s bond offering.

The executive order prohibits investment in the stocks or bonds of these Chinese military companies “beginning 9:30 a.m. Eastern standard time on January 11, 2021.”

As of Oct. 2, there were 217 Chinese companies listed on U.S. exchanges, with a total market valuation of $2.2 trillion, according to the U.S.–China Economic and Security Review Commission.

In recent years, Beijing has also lobbied global index providers and funds to increase the weighting of Chinese stocks and bonds in their benchmarks or portfolios. A dominant index provider, MSCI, for example, last year substantially increased the weighting of Chinese shares in its indexes, leading billions of dollars to flow into Chinese companies.

“The Chinese Communist Party’s exploitation of U.S. capital markets is a clear and ongoing risk to U.S. economic and national security,” he said in a statement.

“We can never put the interests of the Chinese Communist Party and Wall Street above American workers and mom and pop investors.”

It will be very difficult for subsequent administrations to reverse Trump’s policy, according to Roger Robinson, president and CEO of RWR Advisory Group.

“In my forty years looking at the nexus between national security and global finance, I don’t recall the use of capital markets penalties of this kind. In short, it’s an historic first in my book, particularly with regard to a huge market player like China,” he said in an email.

Robinson is also a former chairman of the Congressional U.S.-China Economic and Security Review Commission.

“It will no longer be possible to put the genie of capital markets sanctions back in the bottle,” he said.

Rep. Jim Banks (R-Ind.) also applauded the action. In June, Banks introduced a bill, the Stop Funding the PLA Act, that is similar to the executive order.

“This is one of the wisest and most significant foreign policy decisions President Trump has made since he entered office,” he said in a statement.

“It’s ridiculous that the U.S. ever allowed the funding of our chief global adversaries’ rise, and it’s a mistake we can’t make again.”