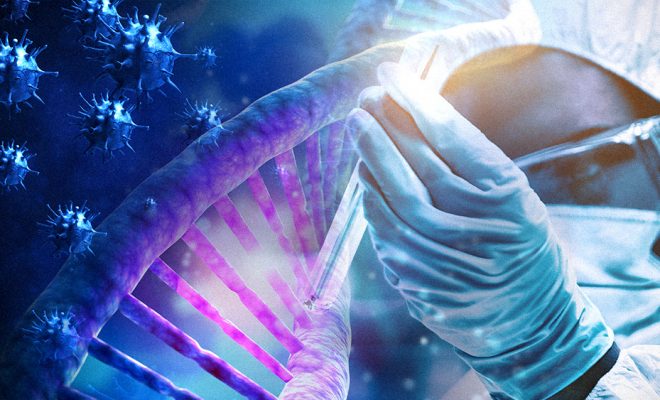 (Natural News) A top U.S. counterintelligence agency warned that China’s collection of health care data from Americans poses major risks. The National Counterintelligence and Security Center (NCSC) issued the warning in a fact sheet released on Feb. 1. The document said that China’s acquisition of sensitive healthcare and genetic data – both through legal and illegal means – threatens U.S. privacy and security.

According to the fact sheet, the Chinese regime utilized investments in American biotechnology firms and partnerships with hospitals and universities to obtain sensitive data. With vast amount of American citizens’ genetic information, China can overtake the U.S. in the field of biotechnology or weaponize this information for military operations.

NSCS’s warning came amid scrutiny surrounding Chinese genetics firm BGI Group. The Shenzhen-based genetics giant came under fire over its aggressive promotion of its COVID-19 test kits and support laboratories worldwide. The company has sold 35 million rapid coronavirus testing kits to 180 countries and built 58 laboratories in 18 nations as of August 2020.

CBS News reported late last month that BGI approached several states in 2020 to build and run COVID-19 facilities. However, none accepted BGI’s offer after officials warned against it. The firm later said that it does not gain access patients’ genetic data from test results or laboratories. According to the NCSC fact sheet, BGI entered the U.S. market after its purchase of gene-sequencing equipment maker Complete Genomics in 2013. The Chinese firm bought the California-based manufacturer for $118 billion.

Aside from BGI, other Chinese companies have also partnered up with U.S. hospitals, universities and research institutes. The fact sheet said these partnerships give Chinese firms “access to more genetic data on more diverse sets of people” under the guise of low-cost gene sequencing services. According to a February 2019 report by the U.S.-China Economic and Security Review Commission, at least 15 Chinese companies were licensed to perform genetic testing or sequencing on American patients.

Speaking to CBS News, former NCSC Director William “Bill” Evanina said BGI’s laboratories were similar to Trojan horses. By setting up sequencers – machines for decoding and analyzing a person’s genetic material – in the U.S., BGI could obtain Americans’ genomes for later use. (Related: The only thing Covid-19 test kits are good for is illegally collecting and surveilling human DNA.)

“If they are now able to supplement that [database] with data from all around the world, it’s all about who gets the largest, most diverse data set,” You said. “There’s a very uncomfortable truth that comes out. [In] the last decade or so, you’ll see that China has heavily invested, through the purchase or acquisition of actual companies, access to our data.”

Evanina explained how the Chinese regime managed to obtain sensitive data from supposedly private companies. He said the concept of a private company does not exist in China: BGI and other companies are required to share information with the Chinese Communist Party (CCP). “You must provide any and all data that’s asked for by [the CCP]. If you are in a joint partnership [or] a joint venture [with a Chinese company,] data is now susceptible to go to the [CCP.]”

The NCSC paper seconded Evanina’s explanation. According to Article 7 of China’s National Intelligence Law of 2017, all companies and citizens shall “support, assist and cooperate with national intelligence efforts” and “guard the secrecy of any national intelligence work that they are aware of.” The regime also passed laws in 2020 that severely restricted foreign firms’ access to the biological data of Chinese citizens. (Related: China collecting DNA from millions of men and boys for large-scale genetic surveillance project.)

Ultimately, the NCSC fact sheet laid down a number of long-term economic implications stemming from China’s theft of healthcare and genetic data. It said that the data the regime obtains is helping fuel China’s biotechnology industry at the expense of the U.S. In addition, healthcare data China obtains could leave the U.S. more dependent on the communist nation for medical cures.

Evanina commented that China’s collection of genetic data from Americans by means of COVID-19 tests “shows the nefarious mindset of the [CCP] to take advantage of a worldwide crisis.”