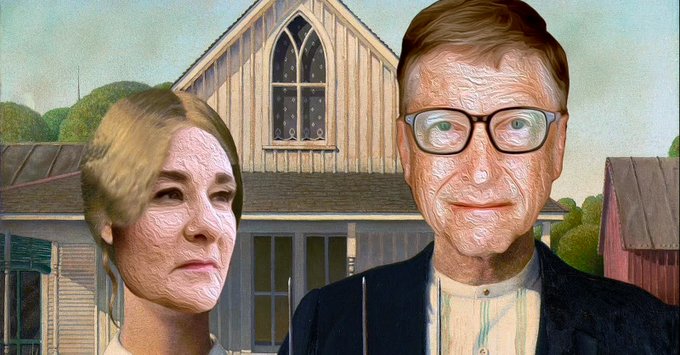 Lawyer Robert F. Kennedy Jr., son of Robert F. Kennedy and the nephew of former U.S. president John F. Kennedy, has penned a comprehensive account of Bill Gates’ attempt to monopolise and dominate global food production, labelling it “a dark form of philanthrocapitalism based on biopiracy and corporate biopiracy.”

Kennedy warns that “To cloak his dystopian plans for humanity in benign intentions, Gates has expropriated the rhetoric of “sustainability,” “biodiversity,” “good stewardship” and “climate.””

Kennedy continues, “These causes are all grim realities that pose existential threats to our children and require urgent attention. However, Gates’ record exposes his benevolent intentions as masquerades for his agenda to maximize personal profit and control.”

Writing for his Childrens Health Defense group, Kennedy notes that “It’s baffling to me how so many of my friends in the environmental movement have swallowed Gates’ chicanery.”

The article contains a raft of links documenting Gates’ “long-term strategy of mastery over agriculture and food production globally”.

Throughout the essay, Kennedy notes how Gates has:

Kennedy notes that just as with Gates’ vaccination programs in Africa, “there was neither internal evaluation nor public accountability.”

The piece is an extraordinary takedown of Gates, who Kennedy charges has “learned to fatten himself on global crises, whether it’s pandemics, climate, famine or mass extinction.”

In partnering with companies like Monsanto and pushing GMOs, Kennedy charges that Gates is engaging in “Chemical warfare on human health.”

The piece also notes how Gates has pushed ‘faux’ global governmental agencies that he himself created “to push his diabolical chemical, medical and food concoctions,” including insect protein.

“Following Gates’ lead, GAVI is optimistic that bugs will soon be an important food supplement for impoverished and undernourished children,” Kennedy writes.

The article is a must read to understand how deeply embedded Bill Gates’ tentacles are in the control structures of the globe, and how every policy and program he is pushing is fundamentally anti-human.

Robert F. Kennedy Jr. has been exposing this anti-human, anti-Earth agenda for some time, which is why he is relentlessly attacked and smeared by elite ‘think tanks’ and globalist organisations.

Calls for Kennedy to be cancelled and erased are sure to increase after this latest important salvo against Gates and his minions.