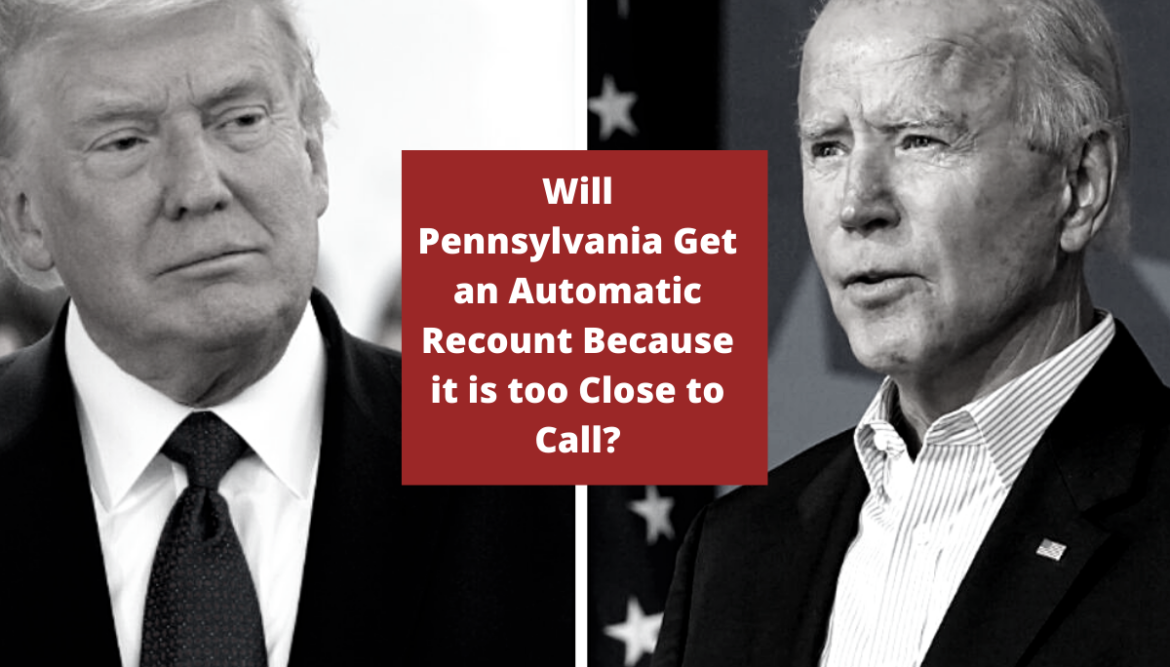 The margin between Democratic presidential nominee Joe Biden and President Donald Trump in Pennsylvania is close to the margin that triggers an automatic recount, Sen. Pat Toomey (R-Pa.) noted on Sunday.

“You know, 70 million Americans voted for Donald Trump and they and the president deserve to have this process play out. Now, I understand yesterday the media projected how this is going to end, and the media projection is probably correct, but there is a reason that we actually do the count,” Toomey said during a virtual appearance on CBS News’ “Face the Nation.”

“And by the way, part of our process is to adjudicate disputes. It can include recounts. In fact, under Pennsylvania law, there’s an automatic recount if the vote margin is half a percent. At the moment Joe Biden is leading in Pennsylvania by only six tenths of one percent. So, let’s let this come to its proper conclusion and, in the process, maximize the number of people who have confidence it was done properly,” he added.

According to the unofficial vote count from the Pennsylvania Department of State, Biden has received 3.35 million votes, to Trump’s 3.31 million votes.

Pennsylvania law states that unless waived by all of the affected candidates, the secretary of state must order all county boards of election to conduct a recount if, based on unofficial returns, a candidate for public office was defeated by 0.5 percent or less of the votes cast.

Secretary of State Kathy Boockvar, a Democrat who has shown animus toward Trump, reported Friday that the overwhelming majority of mail-in and absentee ballots in Pennsylvania have been counted, while the counting of provisional ballots have begun.

A running count kept by the state says that as of Sunday afternoon, 55,962 mail ballots are outstanding, while 2.5 million have been counted.

Some 1.9 million mail ballots went for Biden, versus 583,735 for Trump, according to the unofficial count. Trump got over 2.7 million votes on Election Day, to Biden’s 1.4 million.

Some mail ballots could be invalidated, depending on a legal battle playing out before the U.S. Supreme Court.

Recounts are possible in several other contested states.

Georgia’s secretary of state announced Friday that the election there is too close to call. “There will be a recount,” he said. Trump’s campaign has moved to trigger a recount in Wisconsin. And the margin in Arizona was approaching recount territory.

Pressed by the host on Sunday about whether a recount is necessary, Toomey, the Pennsylvania senator, responded.

“And you’re right that recounts very seldom change the outcomes—I understand that. But there’s nothing wrong with following the process in the law.”

Toomey said that every election has “irregularities” and called for all allegations to be adjudicated.

“If people have seen, if there is evidence of fraud or wrongdoing, by all means, go into a federal court, get it corrected, punish the wrongdoers, correct the vote count, do what we need to do,” he said. “That’s what I think should happen. Apparently, there are going to be a lot of lawsuits tomorrow. We’ll see the evidence. We’ll see what the allegations are. I have confidence in our federal judiciary to make the right decisions about them, and then we’ll be able to wrap this up and move on.”Follow Zachary on Twitter: @zackstieber