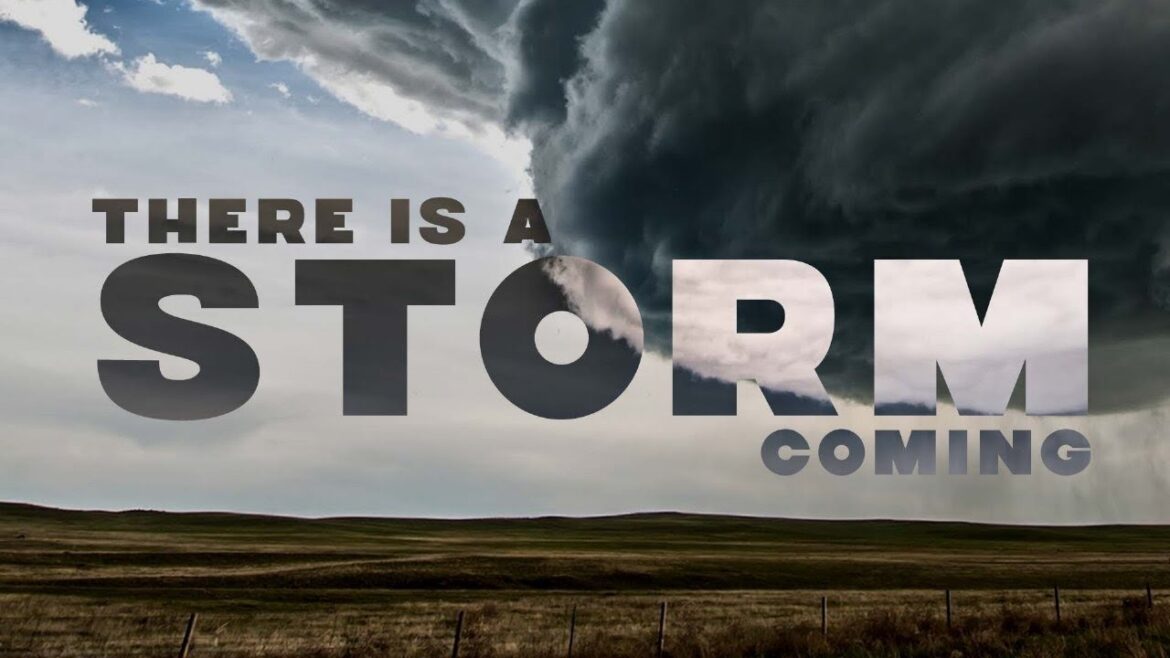 10 days of darkness. We’ve read about this on the cue boards for years. There have been many times where many, including myself, have thought we were in it.

But all of us were wrong. Trump won the election. And then overnight, he had it stolen from him. We’ve had to watch the trolls dance on Trump’s metaphorical grave and celebrate the fall of America and the rise of socialism.

4 days later, plenty of proof of cheating, and they announce Joe Biden as the President Elect…projected, of course. I get messages every day from hurt Trump supporters who think what’s the use? We can’t win without cheating and we can’t stop them. And in the end, we still lost.

And where again is Bill Barr? Why hasn’t he gotten involved yet? Valid questions.

Trump HAD to win in a landslide, and he did. So that the amount of cheating required for the Dems to win was so vast that it was impossible to hide it.

Had Trump overcame like he did in 2016, there would have been no legal battle over it. The lower courts would have thrown them out, like they are right now (except for PA). The Supreme Court wouldn’t have heard it since it was both left leaning and there wasn’t an emergency situation that involved national security.

But losing with a conservative lean in the courts, with mounds of evidence, was the play. Evidence that is impossible to deny.

Now by the constitution, if the race is close, then Congress can decide the winner. This is why they cheated just enough to edge out a win for Biden so that if Trump challenged and couldn’t get a supreme court case, they could just decide in favor of Biden.

Stay with me…I know this is a long one. I’m going to clean it up for you in a bit.

The Dems think they have the optics on this one by declaring Biden the winner. But here’s the thing…this race isn’t even over. Here’s why…Patriot Joe M had his tweeter account suspended over this comment:

“Patriots, be warned. President Trump has legally ‘claimed’ the states he knows he won fairly. The counting going on is now just a formality because the intent is to settle in court, not at the counting stations. If he loses this count, it means nothing, because this election will be Amy Coney Barrett’s to decide. I promise ad guarantee you, Biden will never be sworn in as President.”

Twitter took him down hours later. Not the post, the entire account. What is he talking about? He used the key words “legally claimed” when referring to Trumps victory. In other words Trump will lose the election optically, but the court will say he won.

I know that sounds crazy to you but let me tell you why this is true. Biden won the count. Cheating or not he won the count. That’s a fact. But the states that kept accepting and counting ballots after the day of the election are in violation of their own state laws.

What? What am I talking about? PA…they have laws on the books that states that they cannot accept any new ballots that arrive AFTER the day of the election. Anything coming in afterward is invalid.

Well, you’re thinking, “well the supreme court of PA overrode that law in a court ruling and gave them 3 more days to collect.”

And you would be right. But according to how the governmental system is set up, the courts can’t create law, they can only ENFORCE the law that is already on the books. In order for the state to follow the direction of the Supreme court of their state, they need to actually go back and rewrite the laws to REFLECT the courts decision.

People…every day is an IQ test because these bright souls didn’t do that. They NEVER rewrote the laws to make the states supreme court ruling legally binding.

Well, what OTHER states were this careless and lazy with the legal process? 30 states. Over 30 states did the same thing and are violating their own laws by counting new votes after the day of the election.

Biden WON the count, but only because they kept counting invalid votes for days after the election ended. The Supreme Court of the United States will not count those votes. And since Trump was in the lead when the election ended, he is the legitimate legal president.

This is why I kept telling you all that ACB was the Trump card. The NUCLEAR card would be martial law and mass arrests…but that’s a very dangerous call for the country. To win, legally in the court system, was the Trump card, people.

And while in the court they can unload all the evidence to show mass cheating. In Michigan. They discovered a glitch in the vote tally system. After votes were cast in one county, over 6000 votes for Trump “glitched” over into Biden votes. Glitched.

Well, this software was used in 47 other counties in Michigan…and used all over the COUNTRY. If they all averaged the same number of vote glitches, that’s well into the MILLIONS of votes that were altered after cast.

Here is the interesting part. The ballot machines…were ALL connected to the internet. Yes, they are supposed to be to linked to inTRAnet…meaning internal computer networks of that one facility… But they’re not supposed to be linked to the world wide web.

Sydney Powell, General Flynn’s attorney, said that they discovered an algorithm that calculated how many votes Biden needed to win. She said they found out the machines were transferring just enough votes from Trump to Biden so that he could win. That’s why they were doing “recounts” and we kept seeing Trumps numbers go down and Biden’s go up in various states.

Now here is the “you can’t make this stuff up” part. The software that the machines are using to tally up the votes is owned and controlled by Paul Pelosi. Yes…Nancy Pelosi’s husband. He not only sits ON the board of the software company that tallies the votes, he majority OWNER of it.

So these “glitches” that only “glitch” in one direction isn’t a glitch, it’s a computer program designed to do all of this without any of us knowing it. It does it so fast that we can’t even detect it during the actual counting.

This is how they were able to call states 10 minutes after the elections closed. The algorithm calculated a Biden win based on information they entered into the system.

Patriots…if Sydney Powell has this information, you KNOW the DOJ does. And they probably have more that will come out in the Supreme Court hearings.

The DOJ. Where are they? They have the goods. They don’t need the courts to tell them to arrest, just the command from POTUS. Why are they so quiet?

It wasn’t what we thought, people. It wasn’t 10 days of media blackout, 10 days of social media blackout…10 days of darkness to a period of time where cue went dark, the President lost the election, and it looks like were headed to a socialist government.The DOJ…by constitutional law they can’t get involved with the election until…..10 days after election day. 10 days.

The election was on November 3rd, by law they have to wait until the 14th to get involved.

It doesn’t mean they can’t make arrests. They can arrest some small time players that were involved with the plot. I’m told from a reliable source last night that a few of these arrests will happen next week sometime. But after 10 days, Barr can arrest anyone from the intern in the Biden break room to Biden himself.

Cue said the first big arrest will shock you. I can’t see another shocking thing that the “President-Elect” of the United States getting arrested for treason, ballot fraud and crimes against humanity.

Sit back, grab your popcorn and watch the movie. The Patriots are in control. We are in the storm. #WWG1WGA

One thought on “10 Days of Darkness; We are the Storm!”