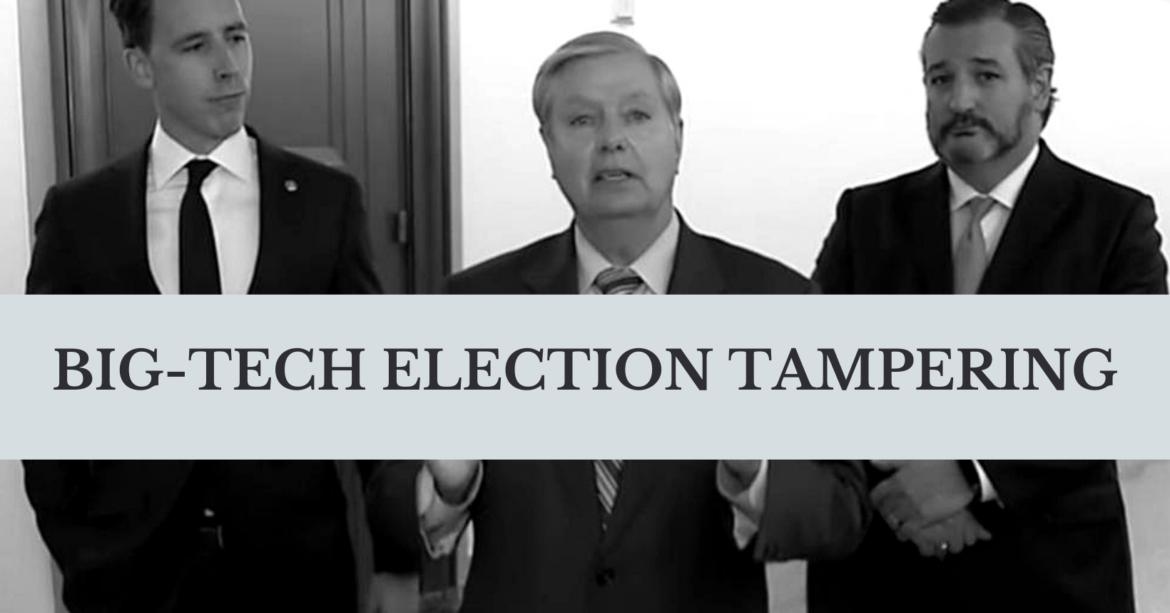 THIS IS HISTORIC! The New York Post is now central in WE THE PEOPLE’S fight for our CONSTITUTIONAL RIGHTS, which is what this election is all about. If we lose, we lose our CONSTITUTIONAL RIGHTS, we lose our freedom and we lose everything. And so does our free press, which is represented in this case by the New York Post. We are witnessing huge history in the making. THIS IS IT! Hold on tight, bumpy road ahead!

Please follow all the links to get the full story!

Breaking news from Steve Nelson at the New York Post:

Senate Judiciary Committee Republicans on Thursday said they will hold a hearing Tuesday to compel Twitter’s chief executive to testify about censorship of The Post’s reporting on Ukraine- and China-related documents from an alleged Hunter Biden hard drive.

“This is election interference and we’re 19 days out from an election. It has no precedent in the history of democracy. The Senate Judiciary Committee wants to know what the hell is going on,” Sen. Ted Cruz (R-Texas) told reporters in a Senate office building hallway.

“Chairman Lindsey Graham and I have discussed this at length and the committee today will be noticing a markup on Tuesday to issue a subpoena to Jack Dorsey, the CEO of Twitter, to testify before the Senate Judiciary Committee next Friday.”

Sen. Josh Hawley (R-Mo.), who on Wednesday also requested a Federal Election Commission investigation, said “the most powerful monopolies in American history are attempting to control the news and interfere in a federal election.”

“This is not some random blog. This is the newspaper founded by Alexander Hamilton, for heaven’s sake. What’s really at stake here is a free press in this country and I have to say, this is really alarming,” Hawley said.

“No corporation should be able to determine the outcome of an election … I do believe in a free press and I think that it is absolutely unprecedented for monopolies that increasingly control the news in America to determine what will and will not be disseminated based on what a political campaign tells them.”

Republicans hold a majority on the Senate committee. It’s unclear what Democrats, in the minority, could do to potentially slow the plans.

“If the Democrats were to try to play procedural games to delay the subpoena until after the election, that would be obvious and transparently political,” Cruz said.

“You may be a Democrat, saying ‘I don’t want to hear the New York Post.’ It could be you tomorrow,” Graham warned.

Graham alleged a double standard in treatment of disputed stories about President Trump.

“They never blocked that, all the allegations about Russian collusion and Trump and every other idea that Trump may have done something bad — nobody blocked that,” Graham said.

Twitter blocked users Thursday from sharing a story from The Post that describes Hunter Biden’s alleged pursuit of a China business deal.

The company said without evidence that the material may have been hacked.

The hard drive was shared with The Post by former New York Mayor Rudy Giuliani, a personal attorney to Trump, after he received it from a Delaware computer repairman. The repairman says he legally accessed the content under an abandonment contract clause when Hunter Biden did not collect a damaged laptop within 90 days.

Republican lawmakers and Trump on Wednesday cited the article censorship by Twitter and Facebook in calls for reform of Section 230 of the Communications Decency Act, a foundational internet liability shield for sites that host third-party content.

Supporters of reforming Section 230 say tech giants should lose protections if they operate as a publisher rather than as a neutral platform.