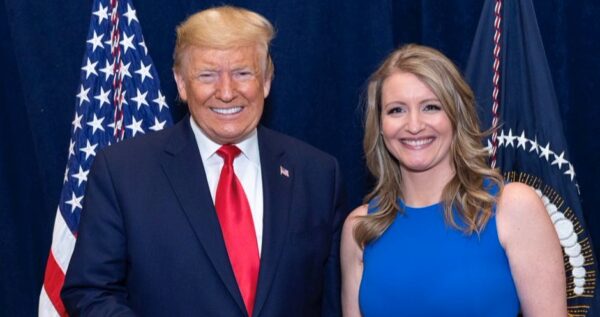 A senior legal adviser for the Trump campaign said President Donald Trump has not changed his tone on the contested election result after a number of media outlets implied his comment “time will tell” marked a change in his stance.

“I don’t think it was a different tone at all,” Ellis told host Maher. “I met with the president actually right before that press conference, I was in the Oval Office. And again, he is wanting to make sure not just for his own election but for every future election that we know that we have free and fair elections in this country.”

Democratic presidential candidate Joe Biden declared victory in the election on Nov. 7 but Trump said in a statement issued shortly after that his campaign has a number of “legitimate legal challenges that could determine the ultimate victor.”

The Trump campaign has filed legal cases in Pennsylvania, Arizona, Wisconsin, and Michigan, and indicated there may be more filed in future dates. The campaign has also requested a recount in Wisconsin, while Georgia has announced a manual hand recount of votes amid a lawsuit calling for a review of voter signatures on ballot envelopes.

Ellis told Newsmax that the president’s campaign is not only taking action at the state level but is also looking into any issues that could have a national impact, such as the campaign’s concerns with the Dominion Voting System used in around 30 states.

“While we can go state-by-state, we’re also looking at this from a comprehensive legal strategy perspective,” Ellis said.

The company’s software has been blamed for 6,000 votes wrongly going to Biden in a Michigan country before the issue was detected and corrected. County officials initially partly blamed the software for the mistake, but later said in a statement it was due to human error.

In Georgia, two voting machines supplied by the company crashed the night before the election. The company has dismissed claims that its software is to blame for any errors in Georgia or Michigan.

Ellis said their campaign is watching Arizona—one of the states that has used the Dominion system—very closely and will be deciding on what actions to take next in the state.

In Pennsylvania, the Trump campaign has filed a lawsuit alleging that state election officials “mismanaged the election process,” asking for an interjection to block the state from certifying the results of the election. On Nov. 6, the U.S. Supreme Court issued a temporary order requiring the state to segregate ballots that arrived after the Nov. 3 election date.

The Trump campaign has also sued the Michigan Secretary of State and other state officials in a federal court, alleging pervasive election irregularities and violations in a county.

In Wisconsin, a third-party lawsuit has been filed alleging that in three countries there is “sufficient evidence that illegal votes were counted,” asking that results from those counties be excluded.

The Republican Party of Arizona has also filed a lawsuit against officials in one of Arizona’s counties, seeking a hand count of votes by precinct to get a more accurate sampling of vote tallies.