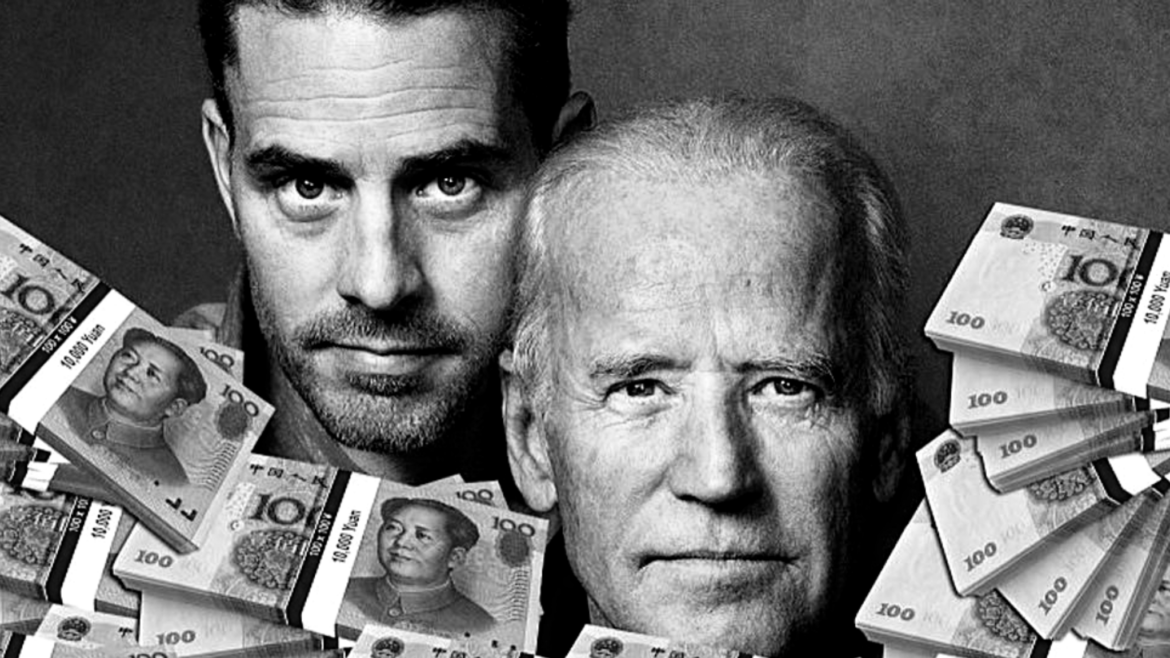 (Natural News) All of those ‘rumors’ and ‘allegations’ over the past couple of years tying the Biden family to Communist China?

All of the claims during this year’s presidential election cycle that Joe Biden simply cannot be president because he is wholly compromised and owned by China?

Yeah, those were all exactly true, and a damning new Senate report from the Homeland Security and Finance committees lays out all the details.

In short, what it all means is that there is no way America can allow Joe Biden to ascend to the White House because if he does, China will make so many military, technological and economic advances on our country that it will be overtaken and there won’t be any catching up or going back.

According to segments of the report posted on Twitter by independent journalist Kyle Becker:

Note the date: 2009. When did Barack Obama and Joe Biden get into office? 2009. (Related: Ariz. Rep. Paul Gosar asks if America is witnessing “coup d’tat” as deep state steals 2020 election from Trump.)

The records acquired by the Committees show consistent, significant and extensive financial connections among and between Hunter Biden, [uncle] James Biden, [James’ wife] Sara Biden, Devon Archer, and Chinese nationals connected to the Communist regime and [People’s Liberation Army] as well as other foreign nationals with questionable backgrounds. These connections and the vast amount of money transferred among and between them don’t just raise conflicts of interest concerns, they raise criminal financial, counterintelligence, and extortion concerns.

The committees’ report comes amid brand-new revelations, compliments of Fox News’ Tucker Carlson, that there is far more involvement between the U.S. deep state (media, political establishment of both parties, Wall Street) and China than we’ve ever known.

In a segment this week, Carlson played video clips of Di Dongsheng, an associate dean of the School of International Studies at Renmin University in Beijing, who bragged to an audience during a television show that China’s managed to “fool the United States” via a network of relationships with top American government and business leaders on Wall Street.

“It turns out that many of the very people who ranted so hysterically about Russia were doing precisely what they claimed to decry. They were working on behalf of our chief global rival, the government of China,” Carlson said in his monologue Monday.

“The Russia hoax, effectively, was a diversion. It hid something that is not a hoax at all but is real and threatening to all of us. We’re going to spend the foreseeable future reporting on the relationship between America’s political and financial elites and the communist government of China that has made many of them very rich,” he added before going on to play the video.

“The Trump administration is in a trade war with us, so why can’t we fix the Trump administration? Why, between 1992 and 2016, did China and the U.S. use to be able to settle all kinds of issues? No matter what kind of crises we encountered … things were solved in no time … We fixed everything in two months,” the professor said in the November 28 lecture, in a video that was quickly pulled down from Chinese social media (which tells us a lot).

“What is the reason? I’m going to throw out something maybe a little bit explosive here. It’s just because we have people at the top. At the top of America’s core inner circle of power and influence, we have our old friends,” Di Dongsheng noted further.

“This is as close to a smoking gun as we have ever seen,” Carlson told viewers, going on to note that the professor said the “Obama administration was easy to manipulate.”

“The Chinese had many friends among the Obama people. The problem came when Donald Trump was elected. After that, he says, everything changed,” Carlson noted as he launched another clip of the video.

Di went on to then discuss the Bidens. After making clear that China’s “old friends” were unable to “fix Trump,” he suggested that Beijing is now happy that it appears Joe Biden has won the presidency.

“But now we’re seeing Biden was elected. The traditional elite, the political elite, the establishment, they’re very close to Wall Street,” Di Dongsheng said, suggesting mightily that there were deep financial ties between Hunter Biden and the Chinese government.

“Di notes, because the Chinese do pay close attention to what we say here, Donald Trump has complained about Hunter Biden and his ties to the Chinese government,” Carlson elaborated. “So now you know why you weren’t allowed to talk about Hunter Biden’s laptop and why big business aligned as one to suppress that story: Because they were implicated in it.”

Our country has been completely taken away from us. We have to figure out now how to take it back.