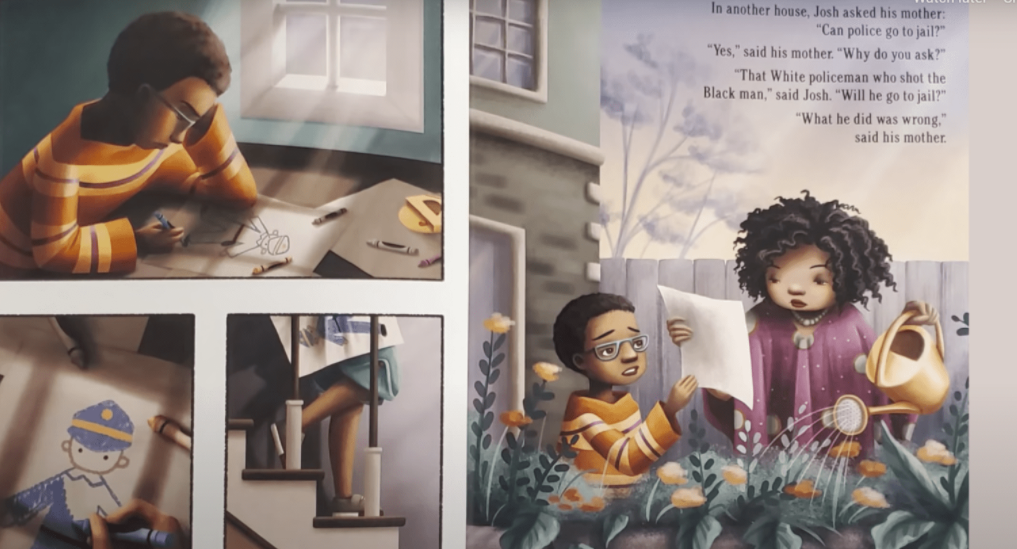 BURNSVILLE, MN- Where have we seen this before? One of the largest police unions in the state of Minnesota slammed Gov. Tim Walz and his administration this week for “counseling teachers and parents to use materials which instill fear of police officers in young children.”

They were referring to a fourth-grade class at Echo Park Elementary School in Burnsville, Minnesota, where students were forced to watch a video version of a book called “Something Happened in Our Town.” This did not sit well with the Minnesota Police and Peace Officers Association (MPPOA).

The book, written by a left-wing social justice warrior accuses police of demonstrating a “pattern” of “being nice to white people and mean to black people.” Seriously, it says that.

“The cops shot him because he was black,” one character in the book laments, according to the video.

Yet another says, “Cops stick up for each other,” lamenting the fact that a fictional officer in the book “won’t go to jail.”

Still another character says, “And they don’t like black men.”

In the letter, MPPOA Executive Director Brian Peters asks the state to “cease the recommendation and use of this book as a form of instruction for elementary aged children.”

Three Republican state lawmakers issued a joint statement in response to the letter.

“There are important conversations to be had about race, equity and how we can make sure every Minnesotan feels protected and respected by law enforcement, but telling children that cops ‘don’t like black men’ and using children’s educational material to drive hateful narratives about law enforcement is outrageous and unacceptable,” they wrote.

“Demonizing an entire profession, including parents of the children to whom this book is being promoted, is not the way to bring people together,” the statement read. “Instead, this material will endanger efforts to make our communities safer and improve relationships between police and the communities they are sworn to protect.”

The letter was signed by Reps. Ron Kresha, Sondra Erickson, and Brian Johnson.