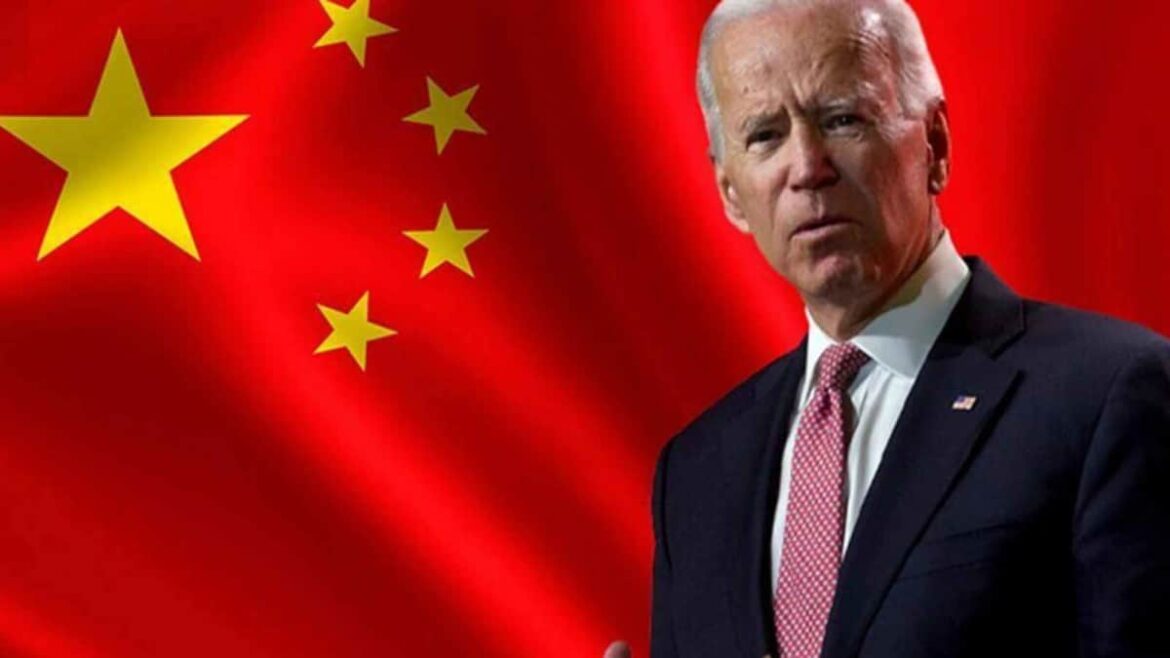 For the kids in the back who think “we can go through all of this again and vote for Trump in 2024 to get our country back,” I just want to say, that is a lie. I will tell you why.

2020 is the Year Communism Became “The New Normal” in America

This unprecedented coup d’état of 2020 by the CCP and its big money globalist allies began decades ago, but this year they made huge moves to bring their coup to completion. They began with the release of the Wuhan Virus. Many have claimed this virus was created in a lab and used as bio warfare. Whether or not this is true, many compromised CCP puppets in American government and media have used the virus as a weapon against American citizens- to destroy their lives and livelihoods, destroy small business capitalism, and control everyone with draconian policies and mandates “for their own good.” Through this new type of tyranny -medical tyranny – the CCP and its allies have implemented basic communist policy to ring in their NWO agenda in America and the world. Many Americans have no idea that this happened, and believe their elected officials are “trying to help people.”

Covid Communism is the collectivist “New Normal” that renders the Constitution powerless as the law of the land. Now the tyrants justify violating the unalienable rights of individuals “for the good of the collective,” which, of course, has always been the universal motto of Communism, and all collectivist ideology.

Many comrades in politics, media and Hollywood have gleefully bragged that the lockdowns further their political goals, and bring them closer to making the new and improved “Communist Manifesto” for the West, The Green New Deal, the law of the land. This is how they plan to supplant our Constitution with their inhumane ideology, and they are already doing so right here in the United States of America. Look at California right now.

We are watching the completion of this decades-long coup with the outright heist of our 2020 elections. Even many Democrats believe the election was stolen. They weren’t shy about it; they used every method of election and voter fraud imaginable, as well as anti-Constitutional mandates and legalities, to attain their political goals. With the CCP backed media and social media aggressively taking the traitor’s side, we who expect fair and safe elections are called conspiracy theorists, and are silenced and bullied for speaking up.

Anyone Who Claims There is “No Evidence” of Election Fraud is Either a Traitor or Completely Ignorant of Reality (and this includes, especially, Republicans)

The mountains of evidence, which the American public has only gotten a glimpse of, is yet to be proven in court- this is true. But anyone with basic reasoning skills can see how compelling and convincing the evidence that has been presented is. And we have only seen the tip of the iceberg.

At the very least, the irregularities and accusations of fraud by hundreds of American citizens should raise major alarm bells, and warrant a full investigation before the results and winners of this election and elections are certified. There is no telling what will be exposed when all is said and done in the coming months, or how many Americans will be identified as domestic enemies, or as paid spies of the CCP, and be arrested for treason. Let’s be honest here. If they cheated to get their candidate into the oval office, they no doubt cheated in many other political races across the country too.

This all raises the question of how many elections in the past were stolen using some or all of the many election fraud schemes that are now being exposed? Is it possible that the Democrats have been cheating to guarantee their own victories for years, decades even? Sidney Powell claims that Republicans are also guilty. This may well be true for a couple of Republicans in Georgia who have taken money from China. There are many other fake conservatives who prove their allegiance to the CCP and NWO when they stand against American’s fight for election integrity. These are our enemies, and the fact they pretend to be on our side makes them the worst kind of enemy. It will be eye opening to know who the traitors among us are.

CCP- backed enemies of America are attempting to conquer and defeat us right now. They will not stop until they are forced to.

“CCP has infiltrated into the US for decades, including its electoral process. According to a press conference by President Trump’s legal team, the Dominion voting machines and its embedded software were financed by Chinese bank capitals, and had demonstrated role in securing communism ruling  in Venezuela and Cuba.

Think about why the counting process was stopped on election night when President Trump was well ahead, and when it re-started a few hours later Biden overturned the election with unbelievable margins? Because it took time for the bad actors behind the Dominion system to work out how many votes they needed to create or switch to make Joe Biden win.

The fabrication of ballots and counting alteration algorithm, which is believed to be capable of changing results by up to 3%, is reported to be based on the Chinese language code developed and controlled by Peking University’s Founder Group. This means the voting machines are exposed to CCP’s infiltration and manipulation.“

We are now witnessing how wars will be fought in the technological age. The goal is the same as wars fought with bombs and feet on the ground combat: one side attacks their declared “enemy” in order to conquer and take over their enemy’s territory, and the other side – the side being attacked -either defends against the attackers or surrenders to them. But this is a new age of information and technology with a completely new arsenal of weapons. If the CCP attacked us in a Pearl Harbor style strike, it wouldn’t be so easy to convince Americans that the ones responsible for killing our people are the good guys.

Biden and Cabal are front men and women for the CCP. See how effective high tech, psychological warfare is? Our enemies who are literally financially backed by and owned by the CCP, and who plan to take our liberties and unalienable rights and rule over us with an iron fist, hide in plain sight. Beijing Biden has not been elected, and is an enemy combatant who follows orders from China.

Americans are being aggressively attacked with medical tyranny, technological and psychological warfare in an attempt to force us to submit to the CCP-backed NWO. Comrades have been placed and installed everywhere. They call themselves globalists. They call themselves progressives. They call themselves the good guys and anyone who doesn’t belong to their party the bad guys. But their ideology only “progresses” society toward a totalitarian state.

Humans are not meant to be enslaved by rulers. Didn’t our ancestors already learn this centuries ago when they fought the kings to be free?

Since our judiciary has been infiltrated by comrades and CCP spies, and both parties are deeply compromised, we are in for a very difficult road ahead. They are playing for keeps. This is the First World Revolution, a war between the free people of the world and the most evil tyrants in human history. Many high ranking Patriots who are fighting for America outside of public view have said that only a military operation can stop this coup. Prepare for this reality now because there isn’t much time.

I hope Americans wake up to the fact that we are in the middle of a real military operation and coup by our greatest enemies, all backed by the CCP. No bombs required -only a complicit and treasonous media and a lot of ignorant Americans who will happily drink the communist koolaid, no questions asked.

Mainstream media reporters and journalists are comrades and communist activists. Study Soviet propaganda/Pravda to see the striking similarities. They use the power of the press, which under the American Constitution only gives them the right to report the truth and nothing but the truth, to spread lies and suppress the truth in order to aid foreign enemies in their war against us. This is, by its very definition, treason.

The CCP-backed enemies within our country are moving as one united front to take over our world, destroy the West and destroy capitalism (i.e. private property rights), steal all of our unalienable rights, and make us slaves of the CCP-backed NWO. Agenda 21/30, the Green New Deal, worsening covid lockdowns, universal income, reparations for the new proletariat victims of inequality, and the Great Reset are all on schedule for 2021.

We are on the precipice of a horrendous dystopian reality. Not someday but right now. We cannot allow the CCP and their globalist allies to get their way. We cannot allow them to steal our election. President Trump won in a landslide victory, and we cannot under any circumstances stand down to these traitors.

We cannot allow traitors who work against America to roam free. They must be arrested, tried and punished to the fullest extent of the law. This is the only way we protect America and Americans. There is no other way to guarantee our safety from these evil and corrupted men and women in our government and institutions who serve the interests of the Chinese Communist Party at the expense of our great Republic, which they have proven unworthy of. Lock. Them. Up.