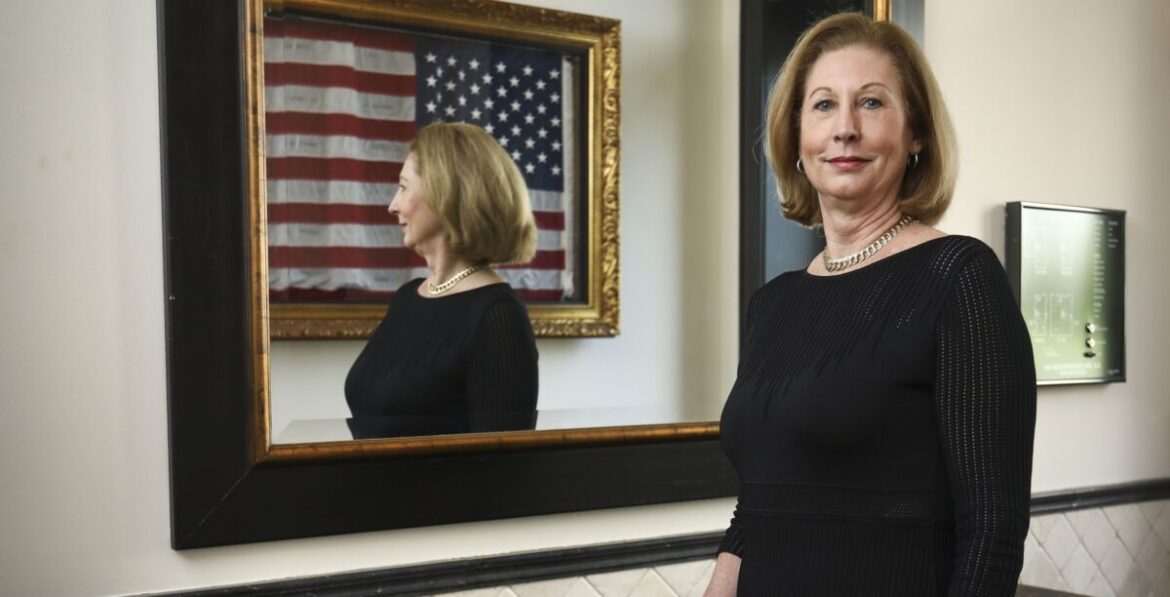 Reposted from John Zmirak at The Stream

Back in 2014, I worked freelance for a public relations firm in New York City. It was there that I met an unusual woman. I didn’t know many lawyers or Texans, but I knew better than to chalk up her qualities to either her profession or her home. It’s rare that I encounter someone who I’m afraid to argue with, because of her sheer brain power and towering personal rectitude. But this was such a person.

This woman had quite a career behind her. An evangelical Christian, she’d been a federal prosecutor — and quit, outraged at the corruption she saw among her colleagues. She did more than quit. Horrified by prosecutors hiding exculpatory evidence and targeting the innocent because of their personal politics, she became a defense attorney, to help people fight the feds.

She Gave Up Everything to Expose Abusive Prosecutors

But that wasn’t enough. At a huge financial sacrifice, she took time off from her practice to write a book. And self-publish it. And hire a public relations firm to get it out to people, when media ignored it. That book, Licensed to Lie, is absolutely chilling. It shows innocent Americans, even a U.S. Senator such as Ted Stevens of Alaska, unable to defend themselves against prosecutors with vendettas. It recounts how innocent companies, like accounting firm Arthur Anderson, can be broken by biased and dishonest federal prosecutors, and left in ruins. A real-life legal horror story, the book was too disturbing for me to read it through to the end.

And its author was Sidney Powell, whom I used to go to lunch with in midtown Manhattan. In retrospect, I feel privileged. I knew she was a powerhouse, but I little suspected what an historic role she would someday play. When I saw that she was representing General Mike Flynn, I knew one thing for sure — that he was innocent.

Sidney’s not one of those lawyers who works for people she thinks are guilty as sin. She wouldn’t have gone on Fox News, and One America, and Newsmax, night after night and coolly laid out his defense in a tone of righteous outrage if this were just some client. Because the abuse of power and perversion of law Sidney witnessed made her more than just some lawyer. It made her a crusader. It made her … Joan of Arc.

The Theft of Our Election

So watching the press conference with Jenna Ellis, Rudolph Giuliani, and Sidney Powell was different for me than for most. I don’t know Ms. Ellis or Mayor Giuliani, though I don’t suspect that they’re cynical, partisan hacks, as Ross Douthat suggests. Keep in mind that a week before the 2016 election, Douthat tried to suppress the pro-life vote for Trump by comparing a voting for Trump to shooting abortionists on the street. That’s one way to keep a job at The New York Times, I suppose.

There is nothing insane or unhinged about advancing false or extremely-unlikely claims if you have the cynical political goal of securing your client’s hold over a national political party and improving his chances in 2024.

The Evidence Is Coming, to Federal Courts Near You

I don’t have any evidence that Democrats used software invented in Venezuela to help socialist dictator Hugo Chavez steal elections. Or that the Soros-linked company Dominion was used by Democrats across multiple states to steal votes from Donald Trump to give to Joe Biden in the middle of the night, in just the strategic states where Trump was leading.

I don’t have that evidence, but the fact that Sidney Powell claims she does is enough to convince me. This is a woman who gave up years of income she could have earned in her profitable practice to write, print, and promote a book no publisher would touch. Its charges were too explosive, I imagine.

Its targets, like Andrew Weissman (the protege of FBI director Christopher Wray) wield too much power. Tellingly, none of the people Powell exposed in Licensed to Lie have dared to sue her for defamation or libel. She put herself out there as a target for such a suit by writing the book—with no publishing house’s attorneys on board to defend her. But no one did, I’m sure because her charges were absolutely truthful.

Non-partisan legal expert Jonathan Turley is one of the few reliable commentators left out there. He observed after watching the press conference that Powell and the rest of the president’s team took a similar risk today. They accused a massive corporation, Dominion, with links to friendly billionaires like Soros and many foreign governments, of felonies. Of colluding with corrupt election officials to steal the White House.

The press conference was an explosion of potential defamation claims by individuals or companies. The only clear defense is truth. The team insists that it can prove these allegations. It may have to do so. https://t.co/03PbArmqYb

If these charges are false, their careers are finished. If defamation lawsuits get launched — and I don’t see how Dominion has any choice but to file them, or go bankrupt — Sidney Powell could lose her house and her license to practice law. She’d be a pauper. The same is true of Ellis, Giuliani, and anyone else on the president’s team. But only if the charges are unsupported and untrue.Please Support The Stream: Equipping Christians to Think Clearly About the Political, Economic and Moral Issues of Our Day.

Given the death threats to election officials in Michigan, and the doxing of their children, for refusing to certify a corrupt election, I’d say Ms. Powell is risking a lot more than money.

Ranged against her is a vast media machine determined to suppress the truth. Billion-dollar networks that trumpeted the Russia collusion hoax and Brett Kavanaugh’s “teenage rape gang,” then pretended that Nick Sandmann was some kind of neo-Nazi. The same networks squelched the solid evidence from the Hunter Biden laptop, abetted by social media monopolies that silence ordinary Americans.

And of course, she has a whole team of Democrats ready to start a “transition” to an office it seems Joe Biden stole. If they succeed, what do they have in store for her, using the power of the White House? Let’s remember that Kamala Harris’ old office is still trying to imprison David Daleiden, for exposing her old campaign donor, Planned Parenthood, on charges she corruptly launched.

I also know what the Democrats have in mind for this country, and for President Trump’s loyal supporters: re-education, on the model of conquered Nazi Germany:

But there Sidney stood fearlessly on television, her voice quavering a little at the enormity of the evil she has helped to uncover. Meanwhile the Vichy-conservatives over at National Review and other “squish” venues sniped at her, and at Rudolph Giuliani, who faced down the hitmen of the New York Mafia, then broke its back. One called the Trump team “unhinged,” and sniffed at its lack of “dignity.”

That display by Giuliani and Powell was unhinged, undignified, and came across as a mental breakdown.

If you think your country’s elections are being stolen, and your main concern is for keeping your “dignity,” then I don’t want you next to me in a foxhole. You’ll switch sides if the enemy offers a chocolate bar, and a chance to save your skin.

I want someone like Sidney Powell, a whistleblower and a Christian patriot. I hope her evidence is watertight and bullet proof—and frankly, that for the next few weeks she has taken to wearing Kevlar. That’s how much I trust the people who want to silence her.

Please pray for her safety and the future of our democracy.

John Zmirak at The Stream

2 thoughts on “I Know Sidney Powell. She Is Telling the Truth”