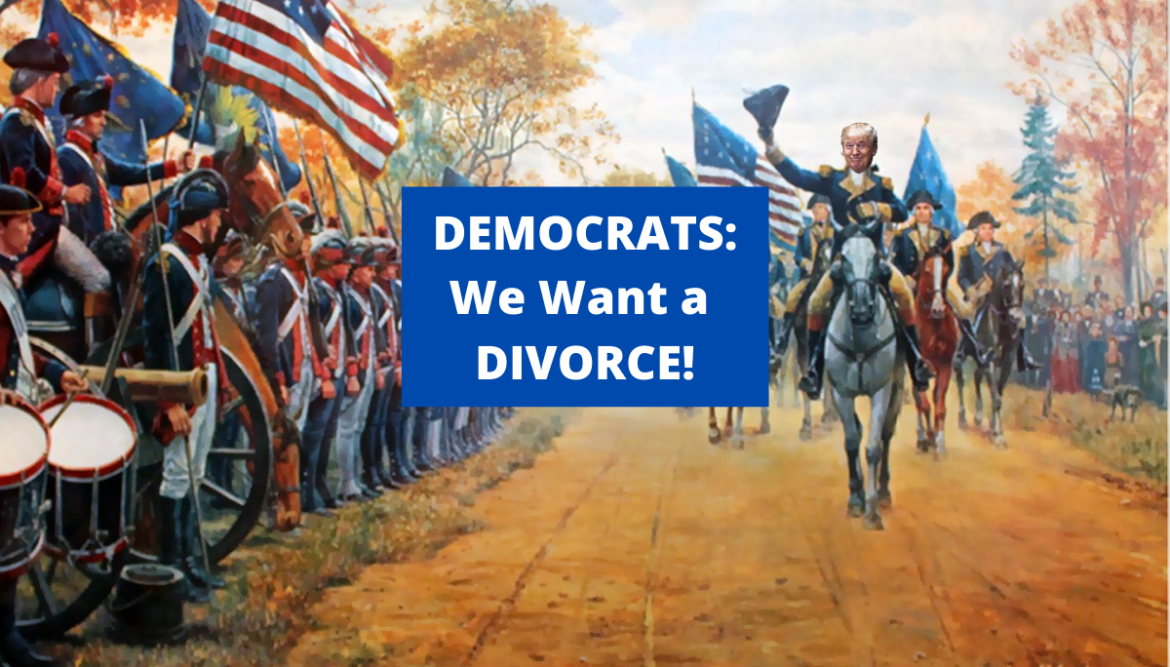 We found this on Social Media, and apparently it has been a viral piece on the internet for over a decade. We tried to locate John J. Wall with no luck, but APCT thinks this letter to American liberals should be shared. We like it so much, the Scottish Warrior will be reading it in a podcast later today! Check back for updates!

The person who wrote this is a college (law) student. Perhaps there is hope for us after all. THIS IS SO INCREDIBLY WELL PUT AND I CAN HARDLY BELIEVE IT’S BY A YOUNG PERSON, A STUDENT! WHATEVER HE RUNS FOR, I’LL VOTE FOR HIM.

Dear American liberals, leftists, social progressives, socialists, Marxists and Obama supporters, et al: We have stuck together since the late 1950’s for the sake of the kids, but the whole of this latest election process has made me realize that I want a divorce.

I know we tolerated each other for many years for the sake of future generations, but sadly, this relationship has clearly run its course. Our two ideological sides of America cannot and will not ever agree on what is right for us all, so let’s just end it on friendly terms.

We can smile and chalk it up to irreconcilable differences and go our own way. Here is our separation agreement: –Our two groups can equitably divide up the country by landmass each taking a similar portion.

That will be the difficult part, but I am sure our two sides can come to a friendly agreement. After that, it should be relatively easy!

Our respective representatives can effortlessly divide other assets since both sides have such distinct and disparate tastes. —

We don’t like re-distributive taxes so you can keep them.

–You are welcome to the liberal judges and the ACLU –Since you hate guns and war, we’ll take our firearms, the cops, the NRA, and the military.

–We’ll take the nasty, smelly oil industry and the coal mines, and you can go with wind, solar and bio-diesel

–You can have your beloved lifelong welfare dwellers, food stamps, hippies, druggies, and illegal aliens. -We’ll keep the, greedy CEOs, and rednecks We’ll keep Hannity, Carlson, and Bibles, and give you NBC, CNN, ABC, CBS, and Hollywood

–You can make nice with Iran and Palestine and we’ll retain the right to invade and hammer places that threaten us. –You can have the peaceniks and war protesters. –When our allies or our way of life are under assault, we’ll help provide them security.

You can also have the UN, but we will no longer pay the bill.

–We’ll keep the SUV’s, pickup trucks, and oversized luxury cars. You can take every Volt, Tesla, and Leaf you can find.

–You can give everyone healthcare if you can find any practicing doctors.

–We’ll keep “The Battle Hymn of the Republic” and “The National Anthem.” –I’m sure you’ll be happy to substitute “Imagine,” “I’d Like to Teach the World to Sing,” “Kumbaya “or” We Are the World.”

–We’ll practice trickle-down economics and you can continue to give trickle up poverty your best shot.

–Since it often so offends you, we’ll keep our history, our name and our flag.

Would you agree to this? If so, please pass it along to other like-minded liberal and conservative patriots and if you do not agree, just hit delete.

In the spirit of friendly parting, I’ll bet you might think about which one of us will need whose help in 15 years.

P.S.S. And you won’t have to press 1 for English when you call our country. Forward This Every Time You Get It! Let’s Keep This Going, Maybe Some of It Will Start Sinking In