The following article was written as a comment on r/WallStreetSilver, and received some great feedback. Let us know what you think in the comments. We will be doing an APCT Podcast about this later today, and post it here as well as Youtube and Rumble. Stay tuned!

Here is the podcast of Serenabit reading this truly important article!

In the coinage act of 1792, Congress in the United States declared the definition of our monetary units (The Dollar and the Eagle), and defined the character of each of these units with specified weights, measures, and number of grains in silver or gold for each of these monetary units. They went on to declare the silver to gold ratio to be 15:1 – which at the time was a worldwide standard, and should that balance not be declared and maintained, the undervalued units would naturally migrate to other world economies. In the following 80 years our economy had grown to include $7.55 billion almost equally divided between silver and gold.

In the early 1870’s, a financial interest from Great Britain used £100,000 to influence the United States Congress to change our economy from a bi-metal monetary system to one backed by gold alone. The citizenry, still engulfed in reconstruction from the Civil War, had become accustomed to the circulation and trade of paper currency representations of money for the preceding decade which made the public unaware, but this act reduced the actual legal tender available in the United States to $4.5 billion and changed the status of silver from “legal tender” to a commodity like wheat, tobacco, or cotton. While the costs of goods and services quickly adjusted to the shortened money supply and were virtually halved in price, the nation’s outstanding debt of $200 billion remained, which in turn caused a series of depressions throughout the 1890’s. Silver had been the currency of the population and everyday transactions, while gold was held as a greater store of wealth by the banks, money lenders, and industrialists. After the unconstitutional coin act of 1873, the only people with “legal tender” were those that held gold.

The transfer of wealth from the average citizens of the United States to the debt collectors was unprecedented. Generations of Americans avoided debt at all costs until the 1980’s when credit became “king”, and by then even gold had been removed from our monetary system entirely. Today, “commodities” like gold and silver are measured in fiat currencies that are valued only by the judgement and conscience of the politicians of that nation’s government. While these fiat currencies are traded for goods and services, they remain debt instruments with no stores of wealth or tangible value to back them up. The banks, financial institutions, and governments all have a vested interest in devaluing gold and silver to control not only the custody of these wealth instruments, but also to prop up the perceived value of their fiat currencies.

Despite the banks, governments, and financial institutions best efforts to decouple gold and silver from the value of their currencies, the precious metal’s purchasing power remains largely the same. For 50 years, the investment markets, banks, financial institutions, and governments have all profited from manipulating the cost of precious metals and forcing commerce to be transacted in their fiat currencies. Worldwide trade in goods and services and the entire economy rely on these manipulations; however, while the fiat currencies of the world have plummeted in real value, the world’s population has awakened to the realization that they can trade these debt instruments for historic wealth, and so begins the 21st century battle. While the politicians and banks worked to lower the costs of precious metals to prop up the perceived value of their fiat currencies, the people began trading these fiat currencies for the true wealth instruments of gold and silver, the “powers that be” have become outsmarted by their own manipulations.

Be it “the War on Terror,” “Global Warming,” “Climate Change,” European Union, election scandals, or even Covid-19, every one of these are a push towards the transfer of wealth and political movement towards globalism and communism. Every one of these issues has been used as an effort to transfer wealth from the many to the very few; even Klaus Schwab of the World Economic Forum recently made the statement that “You’ll own nothing, and You’ll be happy about it.” So finally the powers that be (TPB) may have gone too far. The weight of their cumulative manipulations has begun to crush them instead of us.

Due to a world-wide scare (the “scare” itself being one of TPB manipulations) of pandemic and government overreach, small businesses began folding at unprecedented levels. World homeless populations grew to record highs, and institutional companies along with “big-tech” began taking over the economy on an unprecedented scale. Those that have even semi-steady incomes and revenue have begun to reallocate their purchases from supporting their local economy’s by dining out at restaurants and paying for after-school programs for their children, to purchasing precious metals and other durable goods. They recognize the instability of government as well as the fiat currencies and seek to preserve their purchasing power in a world that has lost its balance. Another of the unintended consequences of this pandemic is the additional time that the citizens were afforded due to social distancing and stay at home orders. The people began to research and understand the leverage that TPB employed to manipulate the markets. They did the math, they learned about fractional derivatives, and that markets are casinos where any bet can be placed, but even in this environment there are limits to resources like physical silver and gold. Many of these “physical holdings by TPB were leveraged as much as 250:1. In September of 2020 JP Morgan was fined almost $1 Billion for manipulating the metal’s market, and this finally awakened the sleeping giant.

In late 2020 to early 2021 several social network sites developed threads, conversations, and chat groups centered around the various corruptions in government, health care, the economy, and our financial systems. Many recognized the need to acquire physical possession of silver and gold. Throughout the past there have been many individuals holding small amounts of these precious metals as a hedge for their own families, but there had not been substantial coordination of the need to do so previously. Big tech brought about the ability to communicate in real time with millions of people all over the world and groups like Reddit’s r/WallStreetBets and r/WallStreetSilver came into being. The former concentrated on the manipulations of privately held stocks and employed the Hedge Fund manager’s techniques of squeezing stocks to force their values higher due to TPB’s shorting the stocks in obscene amounts. On a single stock, (GME) this group forced Robinhood (a securities firm) to lose over $7 billion in less than a 6-week period and drove the stock value from $4 to over $480. The attention that this created forced Congress to act by interviewing the conflicting parties. Nothing is expected to be done.

Concurrently the people at r/WallStreetSilver were discovering that major financial institutions like JP Morgan and Citibank were changing the prospectuses of their fractional derivatives in silver (SLV and SILV) to reflect the fact that they may not have or be able to obtain the physical silver that their organizations had implied were on hand and available for delivery. The mere fact that this was allowed to happen illustrates that the governing body (SEC) is complicit in the acts by TPB to enact this manipulation and shift of wealth. A movement began to transfer investment shares from the above to PSLV which is a closed fund that requires the custodial holdings for each share sold. They learned how to circumvent the Banks ability to “borrow” their shares to enact short sales by tying up their shares with open orders, usually sell orders with extremely high sell prices, and they started to buy up physical silver from mints, refineries, and coin shops throughout the world. It has been reported that the Perth Mint in Australia as well as the United States Mint in addition to others have been completely sold out of silver bullion. Admittedly this is an oversimplification of the financial movements that are underway at this time, but the schism between the citizens of the world and the traditional powers of finance and governments cannot be over-estimated.

Where we are going:

Fiat currencies have failed every time they were introduced to society throughout the history of mankind. Currently every country in the world’s currency is fiat, and not backed by any wealth instrument at all. The markets have revealed themselves to be “rigged” by TPB, and should the people be successful in forcing the COMEX to reveal a shortage in silver, faith in world markets will plunge. If things continue as they are, black markets will likely develop along with bartering communities, while the world’s government currencies continue to spiral and devalue themselves. Unless something more is done, the governments will be forced to attempt to confiscate gold and silver to avoid complete financial catastrophe and chaos.

There is another alternative in the United States though. If our government were to repeal the 16th Amendment which established income tax and the Federal Reserve, as well as overturn the Coin Act of 1873 returning us to a bi-metal monetary system, within a decade we would have a stable economy and equitable markets for trade. The value of the dollar would skyrocket, and we would be talking about fractional dollars instead of fractional Bitcoins. The times that we find ourselves in seem complicated and futuristic if not straight out of the Matrix, but our greatest challenges can all be solved by returning to the vision held by America’s Founding Fathers established 229 years ago.

I recognize that this is written from the perspective of an American citizen about an international phenomenon, but I truly believe that the United States has an opportunity to rebalance the world’s economy by returning to a constitutional monetary system. I would very much like to hear your perspective. Good, bad, or ugly, what is your take on this article? Please comment below.

Serenabit is an amateur historian, preparedness and survival aficionado, strict Constitutionalist, and the child of a living God.
View All Posts
Follow Me : 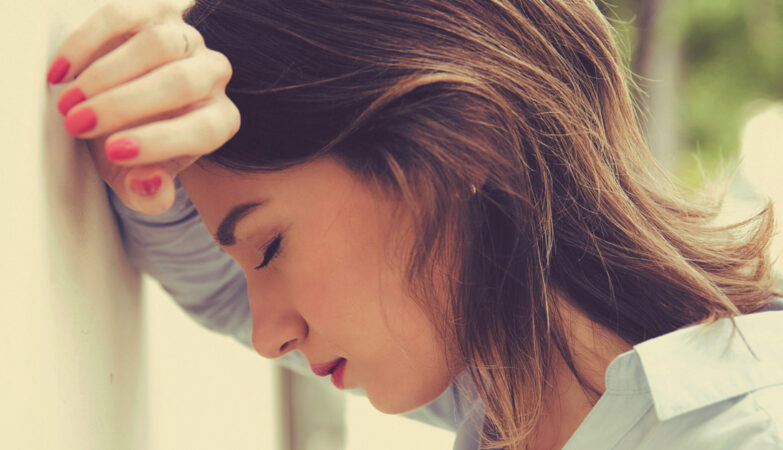 The Consequences of Mental Fatigue in a Slow-Burning Crisis 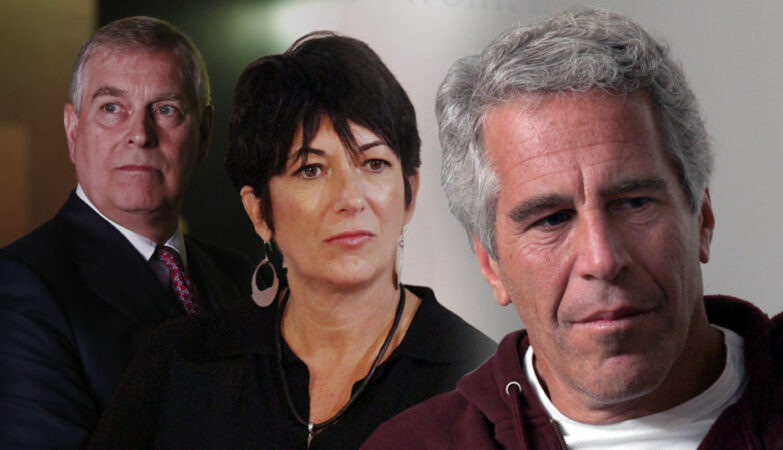 Save Our Children Video

Covid 19 Save Our Children

What You Need To Know About Fetal Cell Lines And Vaccines 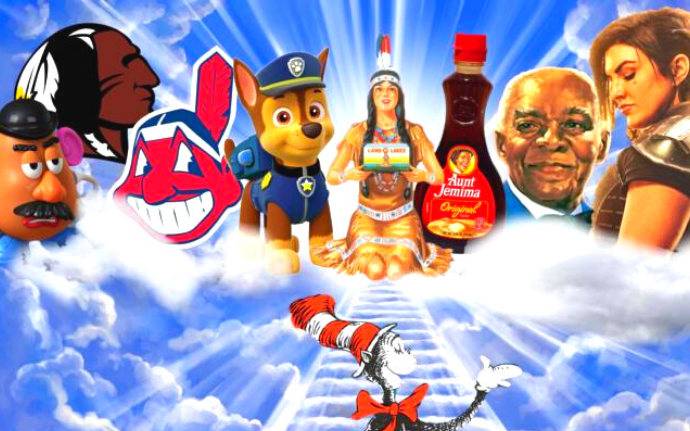