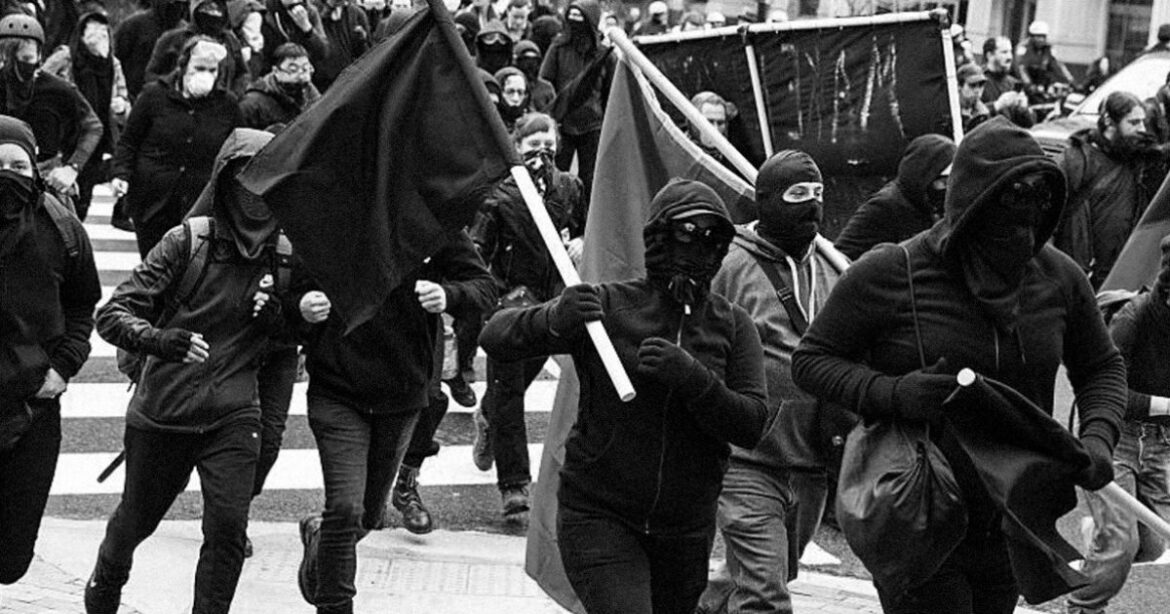 Antifa is not just an idea; it’s a dangerous organization with a similar structure to that of an Islamic terror cell, according to the National Police Association spokesperson and retired Sgt. Betsy Brandner Smith.

“Antifa is more than just an idea, Antifa has quite a history, going back to the 20s and 30s and Hitler’s brown shirts and then we come into the anarchists of the 60s through to today,” Smith told The Epoch Times “Crossroads” program.

Smith said Democrats have struggled to identify Antifa due to their being “no head of the organization,” and “no real paramilitary structure.”

“The left likes to be able to go to a blue-checked Twitter account and say ‘okay, this guy’s the head of Antifa.’ That’s now how it works,” she said. “Anita’s structure is really more like that of an Islamic terror cell, something like that. But just because we don’t have a paramilitary structure for Antifa, doesn’t mean they don’t exist and doesn’t mean they’re not dangerous.”

President Donald Trump has blamed anti-fascist protesters for inciting violence at protests across the United States since May. Peaceful protests throughout the country have often been hijacked by Antifa and other extremist groups and have resulted in businesses being destroyed, looted, and set on fire.

Speaking about how Antifa may be designated a terrorist group, Smith explained, “What we have to do is look at their actions. For example, we have dealt with for quite a while in this country, going back to radical Islam, these lone-wolf terrorists who, are they a lieutenant or a captain in ISIS? No, that’s how we have to look at Antifa. Do they follow the beliefs of Antifa, do they dress like Antifa, are they mobilized as part of Antifa. And that’s what we’re seeing and I think we’re about to see it again this weekend.”

“We’ve got a couple of things brewing in this country, the National Guard has been activated in Minnesota, we may also get the grand jury results in the Jacob Blake shooting in Kenosha, Wisconsin, and if those things happen and people start to riot because of those decisions that are made, or were made in Minneapolis today, you’re going to see Antifa mobilize.”

“And people need to start paying a lot more attention to that and it’s dangerous to the American public,” she added.

Smith called on law enforcement to arrest Antifa members for violating the law and to prosecute them to the fullest extent of the law.

She also said that every police leader in the country needs to video tape and document the “mostly peaceful protests” and show the American public what is really happening, after noting that law enforcement members were being put in danger during the riots which were being reported as “peaceful” in the media.

“We have, depending on the area of the country we are talking about, we have a law enforcement that is afraid of Antifa, [the media] are in bed with the left, and so they don’t want to show these non-peaceful protests. The American public is being deceived, we all know that, by the legacy media. And law enforcement officers are the victims of it.”