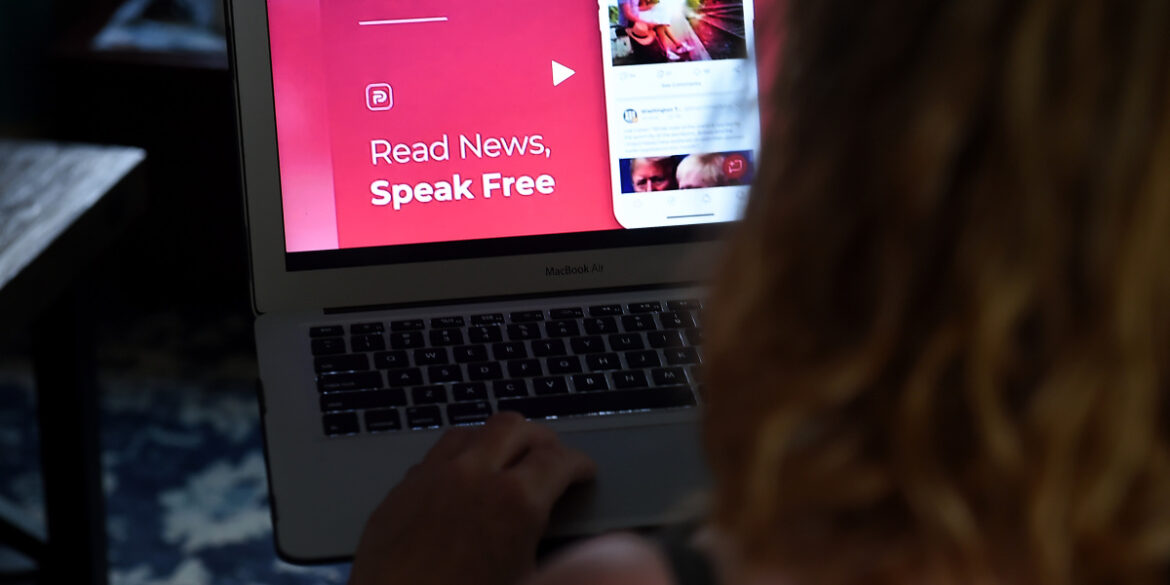 Parler, the pro-free speech social media platform that has grown massively as Big Tech is strangling human freedom, is being pressured by the fake news media to institute Draconian censorship.

The Anti-Defamation League (ADL) issued statements last week whining about supposed “hate speech” on the platform. Having successfully pressured mainstream tech platforms into implementing thought-control policies, they are now setting their sights on Parler. They pointed to VDARE, Infowars, and former KKK leader David Duke as having problematic accounts on the social media provider.

“These are the kinds of individuals and organizations whose toxicity is well-known and whose racism and anti-Semitism isn’t very well disguised,” said Jonathan Greenblatt, ADL’s CEO.

The far-left organization is making it clear that enforcing censorship on Parler is one of their top priorities, as they attempt to snuff out free discourse across the internet.

“Ultimately, that’s the goal—to make sure these digital spaces are safe and secure,” Greenblatt said about his organization’s crusade to destroy the 1st Amendment of the Constitution, adding that social media providers should “allow for diversity of ideas but that they don’t do it while degrading Jews, African-Americans, or other minorities—that they don’t demonize people for how they pray or who they love.”

Big League Politics has reported about the explosion in Parler’s popularity, particularly since the election in which Big Tech has essentially appointed themselves masters of reality:

The CEO of free speech social media platform Parler predicted Sunday that the Big Tech alternative can outgrow Twitter’s use base within a year.

“A year from now, I think we will have knocked Twitter to be second place, I think,” Matze predicted. “It sounds crazy, but it’s going to happen. We have the momentum, and now, they’ve given us an inch, and we’re going to take a full mile.”

Parler has received a large increase in its user base since the election, with more than 4 million new users flocking to the platform. Many new users have simply had enough of Twitter’s pervasive censorship and left-wing bias, and have gone to Parler in pursuit of a true neutral free speech platform. Parler became the most popular program on Apple’s App Store following the election, as Twitter enacted a new wave of censorship in response to the still-disputed contest.

“People don’t trust these big tech oligarchs anymore. They’re big, evil, they’re taking advantage of people’s data, and they’re silencing people’s voices. They’re really overreaching to an extent that’s scary, and people are really realizing they have to wake up and do something about this.”

Parler’s administrators have previously promised that any speech protected under the First Amendment is permissible on Parler.

“What really sets us apart is that we’re hands off. The whole idea is that we respect the First Amendment. We respect what people want to say, what they want to do,” described Matze.

If Parler wants to keep their momentum, they need to ignore groups like the ADL crying out in pain.