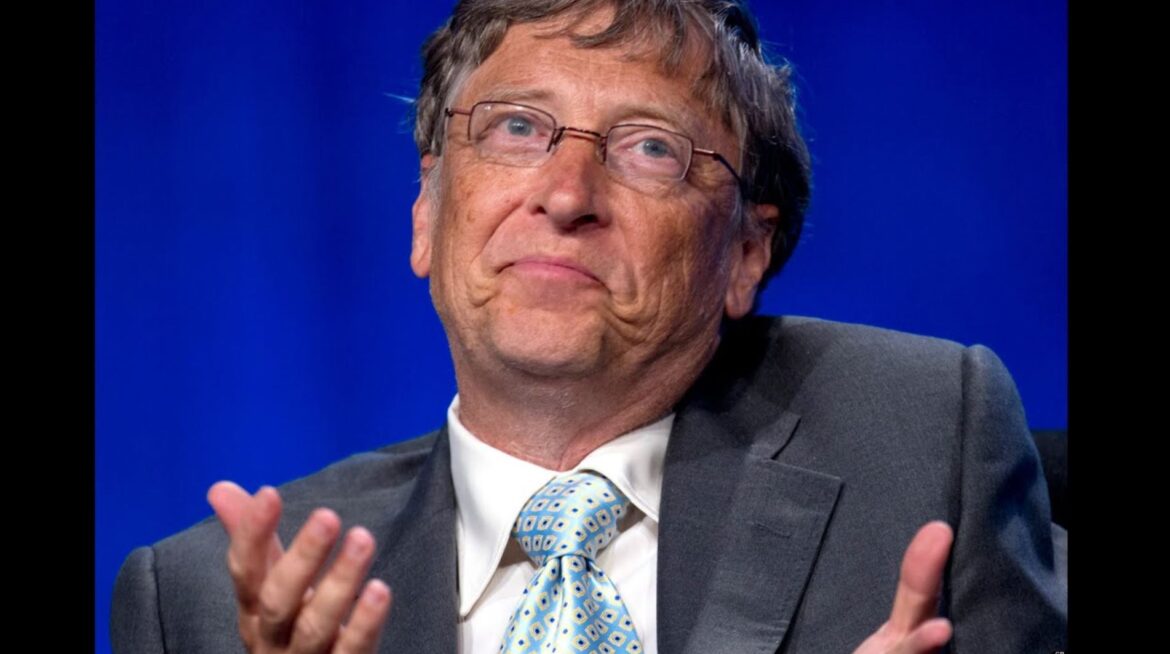 There is proof Bill Gates is involved in implantable micro-chips even though he himself denies ever being involved with them.

(LifeSiteNews) – What if I told you that there was proof Bill Gates is involved in implantable micro-chips even though he himself says he has never been involved in any sort of “microchip-type” thing?

Although Bill Gates did say just that in June, a poll has found that 25% of Americans believe he’s not only involved in microchips, but that he’s working on a scheme to implant microchips into COVID vaccines.

Now, that is so far-fetched it reminds me of the suggestion that Gates was involved with a plan to implant microchips into women that would last nearly their whole reproductive lifetime and those microchips could be remotely accessed and thus have the potential to effectively sterilize women even against their will.

Oh, but wait, that second one is actual reality!

Over the last several months, Bill Gates has become a major target of so-called “conspiracy theories” regarding COVID. Gates sparked lasting controversy with a March 18 online question and answer session, when he said, “Eventually we will have some digital certificates to show who has recovered or been tested recently or when we have a vaccine who has received it.”

His remarks quickly drew scrutiny, including from Attorney General Barr. When he was asked about Gates’s digital certificate proposal, Barr said he was “very concerned about the slippery slope in terms of continuing encroachments on personal liberty.”

By April, Gates became the main subject of COVID-related speculation online, which has centered around a theory that he will somehow implant microchips into COVID vaccines. This claim was first popularized by a pro-Gates website and has been promoted heavily on social media. Over 25% of Americans believed it as of May, according to a poll by YouGov.

Responding to these concerns, Gates said on June 5, “I’ve never been involved any sort of microchip-type thing.”

However, Gates actually has been substantially involved in a majorly invasive microchip program. In fact, he directly commissioned such a program from a company called Microchips Biotech that specializes in implantable microchips.

Contrary to his June statement, Bill Gates personally ordered a contraceptive microchip program in 2012, led by a company called Microchips Biotech. The grants for the project are readily accessible on the Gates Foundation website.

Microchips Biotech, formerly known as MicroCHIPS, Inc., has been working on implantable drug-delivery chips since 1999. It was founded by MIT scientists who invented the chip technology in the 1990s, in partnership with hedge fund Polaris Ventures. The company drew the interest of the Gates Foundation after reporting positive results from a clinical trial in February 2012.

Gates’s contraception project came about following a meeting between Gates and MIT professor Robert Langer, co-founder of MicroCHIPS and an inventor on all of the company’s patents. Langer is a frequent Gates collaborator, who also oversaw a controversial “quantum dot” vaccine record project – another “direct request” from Gates himself.

According to MIT Technology Review, Bill Gates and some of his associates came to Langer sometime in 2012, asking about long-term, remote contraception implants.

By December 2012, the Gates Foundation awarded an initial $1.5 million for Microchips Biotech to develop birth control chips. The foundation committed an additional $20.5 million in 2014.

The contraception microchips deliver levonorgestrel, the morning-after pill drug, to users for up to sixteen years and can be wirelessly controlled by doctors.

The Gates Foundation is still financially engaged in the project, having disbursed another $1 million in September. They were involved when Microchips Biotech was acquired by the pharmaceutical company Daré Bioscience in 2019. In fact, on June 15, ten days after Gates totally denied any microchip connections, Daré announced another $1.5 million Gates Foundation grant.

Not only does the microchip program have links to Gates, it also has ties to coronavirus vaccines. Besides starting MicroCHIPS, Robert Langer co-founded Moderna, a major COVID vaccine maker. IT the big one that the US government pre-ordered 100 million doses from in August. Langer currently sits on Moderna’s board of directors and scientific advisory board.

Bill Gates also has funded Moderna, disbursing $20 million to date, with the possibility of a future $80 million.

While this doesn’t verify theories that Gates will put microchips into coronavirus vaccines it does make his assertions like, “There is no connection between these vaccines and any tracking type thing, at all,” a little disingenuous.