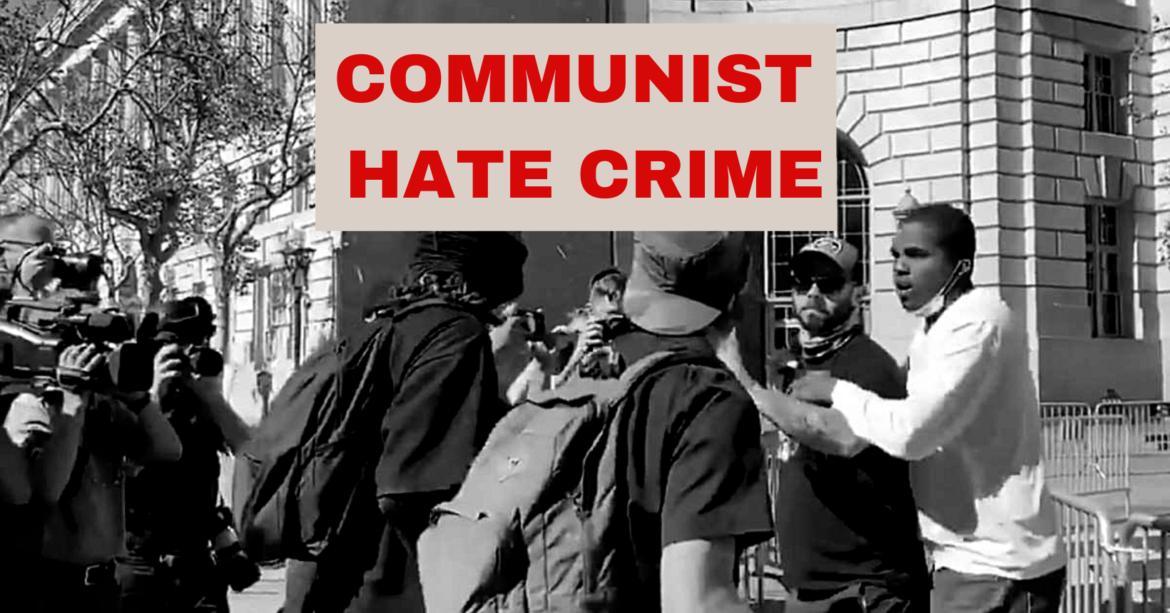 ANTIFA is a Communist organization, and what they are actually against is what ALL Communists are against: Freedom of Speech, Personal Liberty, Private Property Rights, Self Ownership, Free Thought, and everything else that our great Western society has been built upon, especially the United States!

ANTIFA thugs violently attacked and called Phillip Anderson, the Free Speech Rally organizer, calling him the N word, and punching his teeth out. Because he refuses to join their Communist cult. Vote Trump to save America!

A Team Save America event organizer was punched in the face by a counter-protester, leaving him with broken teeth, during a conservative rally in downtown San Francisco, on Saturday. Around a dozen conservatives attended the rally which was held behind police dressed in riot gear. Several hundred counter-protesters gathered chanting slogans against the organizer, while some threw food, bottles and other objects at speakers. The event was quickly cancelled. The organizer, Philip Anderson, was punched after walking through the crowd of counter protesters before the start of the rally.