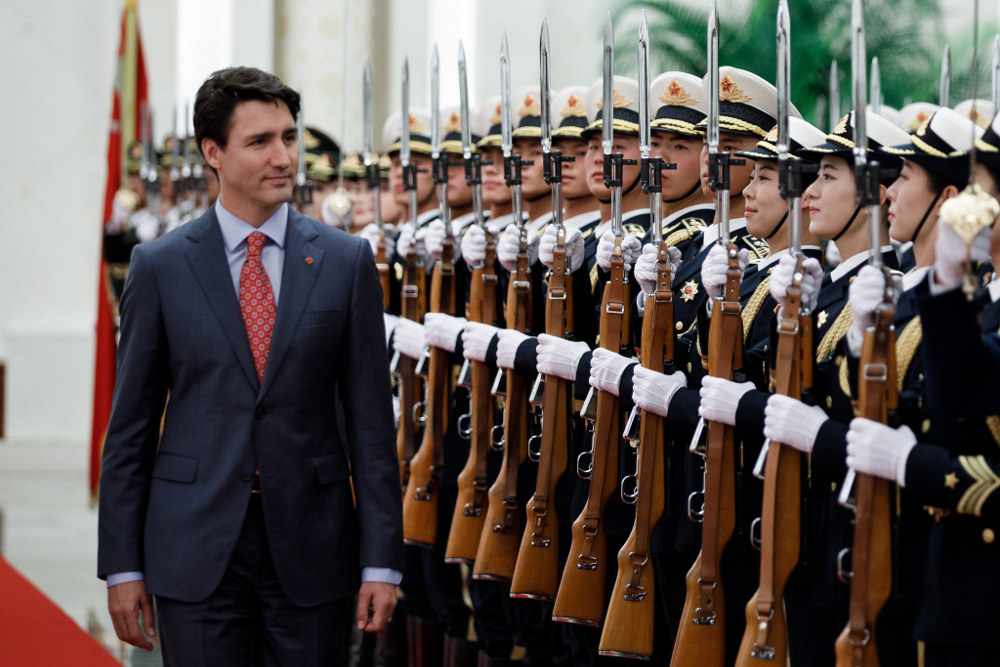 All the pieces are coming together, and like we have been saying since the beginning of all of this, when it comes to the CCP backed Coup of the US government: ALL ROADS LEAD TO CHINA.

This is only one of many bombshell revelations in The China Files, a 34-page access to information document released by the Trudeau government to Rebel News, seen below.

Documents that normally would have been completely blacked out by government censors were instead greyed out — the documents remain completely readable. Rebel News has chosen to black out a very small portion that would otherwise compromise the safety of an individual.

In April of 2019, Rebel News first wrote to the government asking for any records corroborating a Russian report that Canada had sent a delegation to China for the 70th anniversary celebrations for the PLA Navy — a propaganda exercise held just months after the kidnapping of the two Michaels. The Trudeau government delayed replying to Rebel News for 19 months, but when they finally did, they not only confirmed their attendance at that macabre event, but listed other exchanges between the PLA and the CAF. Those include training Chinese commanders at the Canadian Forces College in Toronto, as well as other military facilities in Kingston. Chinese military participants included 1- and 2-star generals and an entire contingent who would learn Canadian cold weather military tactics.

The CAF’s decision to cancel the cold weather training panicked Trudeau, who demanded that Canada’s military not cancel any more engagements with the PLA without explicit permission first, and that the news of the cancellation had to be told to the PLA gently, to let them save face.

Other revelations in the documents that were clearly meant to be redacted include:

The China Files show that Trudeau’s submissive approach to China isn’t just his personal obsession — it’s the official policy of his entire government and it has deeply infected Canada’s civil service, too. Trudeau’s right-hand man, Ian Shugart, was tasked with silencing the CAF’s legitimate concerns about China, and forcing our military to continue acting as if China, not the U.S., was our most important ally.

As a public service, Rebel News is publishing the documents in full in the hopes that other reporters will continue to unlock the truth about how Trudeau is turning Canada away from our democratic allies, and towards the world’s greatest dictatorship.